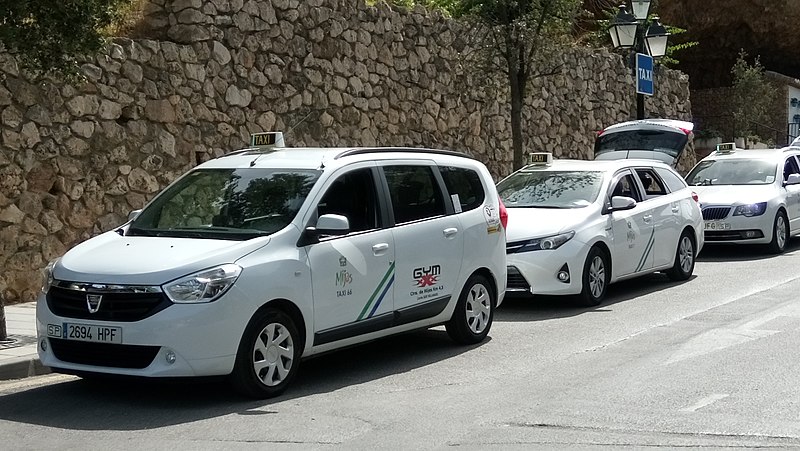 The Malaga Association of Taxi Autonomous (AMAT) once again voiced concerns about the sector in Malaga due to VTC.

The Malaga Association of Taxi Autonomous (AMAT) claim that leased vehicles with a driver “can only” work outside their community for 20 per cent of their work time. However, they complain that on the Costa del Sol, and in other places, that this figure is actually “much higher”, causing a “brutal” situation of unfair competition.
“We are harassed”, said Miguel Martin, president of the association.
AMAT explains that drivers from companies such as Uber or Cabify have to be at a fixed point until a customer demands their service: “They don’t comply with this rule. They go with the application open collecting customers.
“They do the job of the taxi when they are not. We have come to see VTC stopping in front of people with suitcases and asking where they were going,” says Sergio Gascon, vice president of AMAT.
They maintain that they often see them circulating on the bus lane or picking up passengers at taxi stands, train stations or at the airport.
AMAT states that there are “organised mafias” that are taking their jobs: “The City Council is not taking action on the matter. We have sued local police specialised in intrusion and piracy, but they tell us they have no means.”
They also describe the financial aid that is provided by the Consistory and the Junta de Andalucía as “insufficient”, explaining that they have received just 105 euros from the municipal administration since the pandemic began.
“Now another item of just over 200 euros has been approved. Our sector is experiencing a bad economic situation. In addition, in October the state benefits end”, they added.
They also point out that they have asked for public toilets for workers several times: “There are times when we are on the early morning shift and we don’t have a service to go to,” Gascon said.
Martin explains: “At the airport, you have to walk 15 minutes to get to the toilets. They don’t give us solutions so the colleagues have no choice but to relieve themselves where they can, with what that implies dirt and smells”.