The future of flooding in Venice 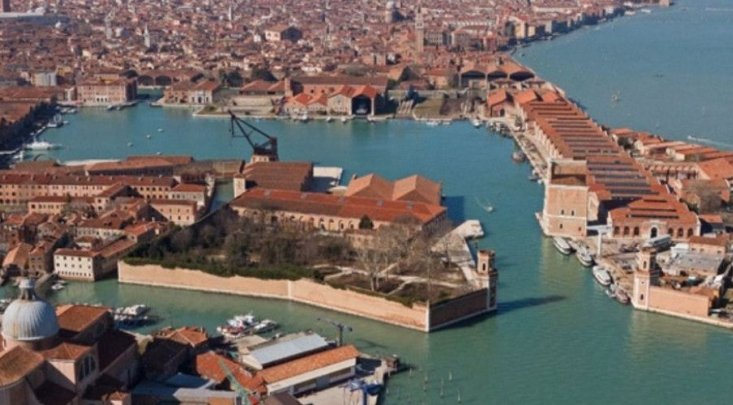 A new assessment of flood risk in Venice indicates that the impact of higher emissions on relative sea level rise during this century will be critical in planning future defence infrastructure for Venice and other coastal cities.

One of the key factors when considering the serious threat of flooding in Venice and other coastal cities, is the importance of projected relative sea level rise. Relative sea level rise is the sea level’s change relative to the local solid Earth’s surface, and incorporates aspects of ground sinking as well as the mean sea level itself increasing.

Long-term future projections indicate a large uncertainty in the relative sea level of Venice of between 17cm and 120cm by 2100, which lead author Davide Zanchettin attributes to the challenges of projections based on the wide range of emission scenarios, and to insufficient understanding of relevant physical processes, both acting remotely and inside the Mediterranean and Adriatic Sea. “For a projection to be useful, it must be well constrained” Zanchettin said. “There are important feedbacks in the climate system, for instance related to polar ice sheet dynamics, that we need to understand and better simulate to make more reliable projections.”

“Small increases can have a large impact”

The importance of accurate projections of the steady and inevitable rise in sea level for coastal cities like Venice is brought into focus when you consider the combination of that increase with extreme events that precipitate serious flooding. The extreme events that cause flooding in Venice have so far been attributed mainly to storm surges caused by sirocco winds, but a greater variety of factors will involved in future extreme events, including meteotsunamis and massive planetary atmospheric waves that affect sea level at multiple scales. “When you are this close to the upper limit of the tidal range, any meteorological event can be hazardous and cause an extreme flood,” said lead author Piero Lionello, “Small increases can have a large impact.”

In the short-term, the protection of Venice from flooding mostly depends on the effective and timely deployment of the new MoSE (Modulo Sperimentale Elettromeccanico) coastal defence system, which has already been operated several times since October 2020 to protect the city. The design relies on being able to predict the water level four to six hours ahead of the maximum and open or close the barriers, in order to protect the vulnerable low-lying city from flooding at some times, and provide access to the port and maintain the environmental balance of the lagoon at others.

“The MoSE system will be operated on the forecast,” said Georg Umgiesser. “If the forecast is wrong, the operation of the MoSE becomes wrong and that is very important both economically and ecologically.” Reducing the uncertainty that exists in any forecasting model is critical and Umgiesser suggests this is particularly effective when combining multiple independent models to account for differences in the numerical models.

The wide ranging impacts of a high emissions scenario on the operation of the new MoSE system and flooding in Venice are made clear in this special issue, both in the short and longer term, with the possibility of a year-round closure of the lagoon needed as early as 2075 to keep up with rising relative sea levels, in a plausible but unlikely scenario.

Such an extreme closure of the coastal defence system would have serious environmental and economic impacts on the city of Venice and the lagoon, but there are ways coastal cities can adapt. “Sea level is a nasty beast; we could stop global warming completely by stopping the use of fossil fuels and the sea level would continue to rise in spite of this, though at a much reduced pace.” Lionello said. “But we have the information with studies like these to identify the future risk to coastal cities like Venice. Although we don’t know exactly when, the present evidence is that we will need to change our adaption strategies. It’s clear that we need to be prepared to act.”