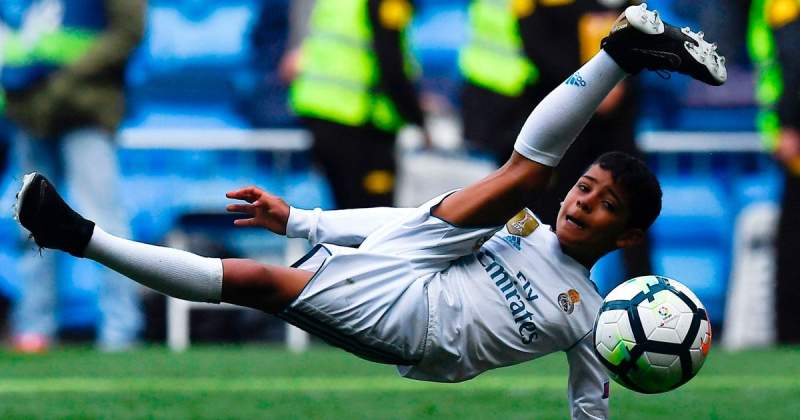 Cristiano Jr comes to Manchester United already holding a phenomenal record, he will link up with Wayne Rooney’s son Kai at the club- having scored seven goals before half-time in one game.

And Chris Jr., wearing his father’s famous No7 shirt, is trying to follow in the footsteps of his old man who scored an astonishing goal at Juventus.

Since scoring four goals in his Italian debut, he has shown an incredible goal and mastered his father’s free-kick style. By November 2020, he had scored 58 goals and had 18 assists to play for Juventus under the age of nine.

Like his 11-year-old father, like his son, he is a seasoned dribbler aiming for goals, and when he takes a direct free kick, he adopts the same stance and technique as his father, who won five Ballon d’Ors. I am.

And, as his dad revealed in an interview in 2018, he shares Ronaldo Sr’s unbreakable confidence.

“I hope my son Chris can be like his dad. He says he will get better [than me]But I think it’s difficult. I’m very happy to score for him too. He’s playing for Juventus and he’s adapted very well,” Ronaldo told Bein Sports.

“Manchester United is delighted to confirm that the club has reached an agreement with Juventus for the transfer of Cristiano Ronaldo, subject to agreement of personal terms, visa and medical. Everyone at the club looks forward to welcoming Cristiano back to Manchester,” read an official statement from United read.