Jaguar XF – from waft to sport mode, it’s a delight! 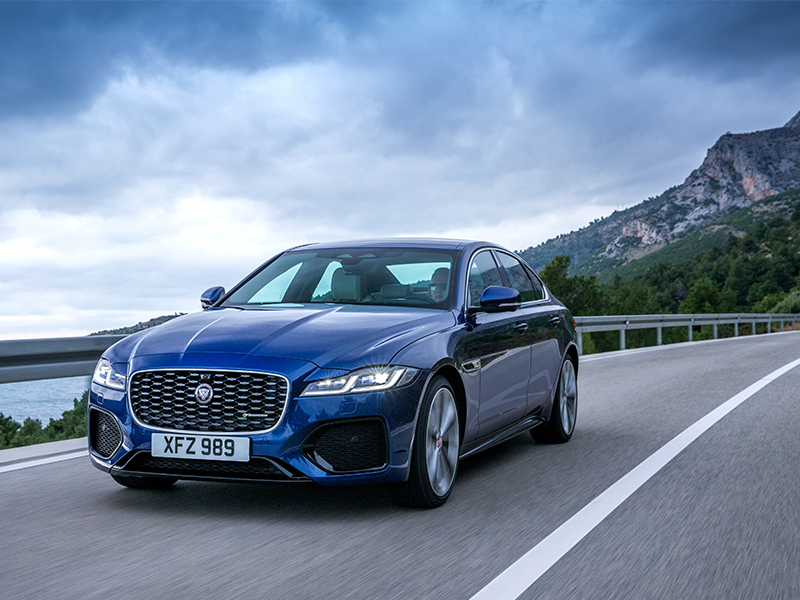 As marques go few can match Sir William Lyon’s Jaguar, especially when you consider he began building sidecars in Blackpool. In its modern incarnation Jaguar is now one of the companies that’s leading the charge to electrification. Their aim is to have a completely electric range by the middle of the decade, their start being the acclaimed iPace.

My Jaguar drive was the long standing, non-electric, XF. It’s a car that began life 2008 and which has seen evolution rather than revolution in its modernisation. Sharper lines, a visually lower stance and a deeper front grille give today’s XF a mean and imposing stance. Finished in metallic grey with a black interior the test car certainly enhanced this look, especially with the external black pack.

As always Jaguar don’t stint on the standard equipment and my R Dynamic HSE doesn’t disappoint on the technical or comfort front. At €52,121 (£44,760) it’s somewhat of a bargain in the sector.

Although only a 2.0-litre, 4-cylinder engine under the bonnet it’s a powerful one that propels the XF past the benchmark 60 mph in 5.8 seconds and on to 155 mph. Add all-wheel-drive and this is a Jaguar that runs as well as its four-legged namesake, albeit with more longevity than the big cats in the wild who are sprinters rather than marathon runners.

I’m a fan of more traditional, lighter and arguably more British interior style rather than the dark hues of my test car. That said it didn’t detract from the impressive comfort and quality of the XF’s interior.

I criticised the original XE and XF for what I saw as a drop in quality. That has certainly been rectified and the XF feels like it is back where it belongs on that side of the quality equation. There’s also a lesson for digitisation obsessives in car design, it doesn’t have to be complicated and can be intuitive, as the XF demonstrates perfectly.

On the road the XF doesn’t disappoint and despite a mere 4-cylinders retains a commendably refined air. With ride options ranging from sport to waft mode it’s a delight.

On the debit side the XF isn’t that spacious considering its size. There are also still traces of cheaper plastics that should never be allowed inside a Jaguar! Overall though this is a car that acquits itself with considerable aplomb and which can happily park on my drive anytime.