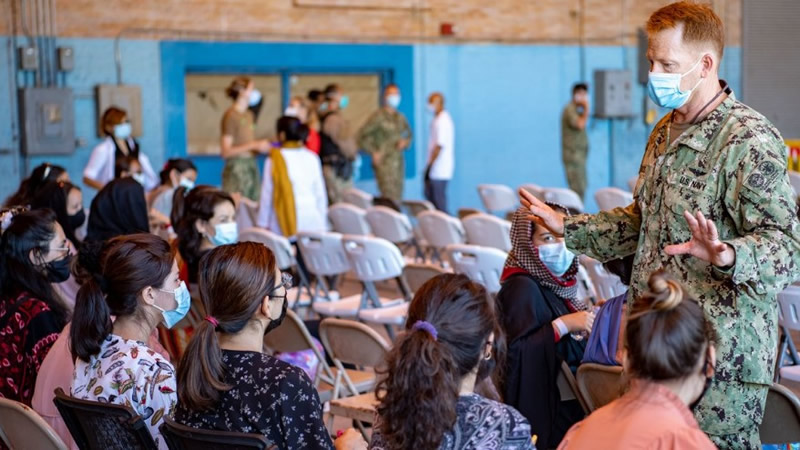 Manuel Castells, the Minister of Universities, in a meeting held this Friday, September 3, with representatives of the Conference of Rectors of Spanish Universities (Crue), discussed, among other issues, the situation in which the professors, researchers and students of Afghan universities find themselves in after being evacuated from their country.

During this meeting, the heads of academic institutions acknowledged that in the previous Taliban mandate, university education in Afghanistan was highly conditioned by the strict restrictions imposed by that government, hence a large part of that community has wanted to leave the country in the face of the more than probable repetition of that situation, and that students now find themselves in a position of needing to further their education while in a foreign country.

For this reason, La Crue, on behalf of the rectors, has shown Castells its willingness to “welcome into the Spanish university system those who have been evacuated in recent weeks due to threats from the Taliban regime”.

With the desire of wanting to make this integration into the Spanish university community as uncomplicated as possible, the Ministry of Universities and Crue have proposed creating a working group, as well as articulating various procedures that facilitate the entry of Afghans into higher education, with the collaboration of the autonomous communities seen as essential for this task.

Also on the agenda at their meeting was that the University of Cordoba (UCO) will host the official opening of the academic year 2021/22 in Spanish universities this year, and, for this reason, the UCO is “working with the Royal Household” to have the presence of King Felipe VI at this event, scheduled for September 20, although there will be no official confirmation of his appearance until next week, as reported by malagahoy.es.