Taxi drivers in Madrid to receive €5 million in ‘Crisis’ aid 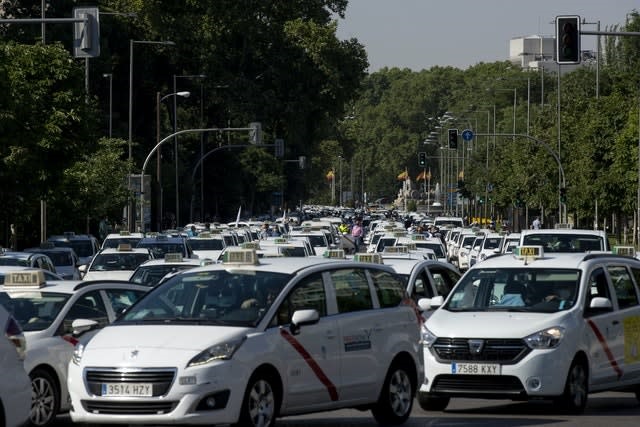 Taxi drivers in Madrid to receive €5 million in ‘Crisis’ aid from the city council.

The Madrid City Council said it is injecting five million euros into the taxi sector to alleviate the loss of income suffered by drivers.

The new line of aid will be distributed equitably among all applicants and will be compatible with subsidies from other public administrations, said a spokesman for the city council.

The taxi drivers in the capital can now request further aid that has been approved by the Madrid City Council to alleviate the effects of the crisis of the coronavirus has had in the sector.

The amount, mentioned in the Change 360 ​​Plan, amounts to five million euros in direct subsidies and seeks to reduce the negative economic impact that the pandemic has had on the group.

The measures imposed to try to control the spread of the virus severely limited the number of passengers and therefore the incomes of taxi drivers throughout the region.

“This is a way for the municipal government to contribute responsibly to the sustainability of the sector that, until the recent approval of the amendment of the Taxi Ordinance in June, he was obliged to provide service except for the mandatory rest days and the legally foreseen rest periods,” said spokesperson, Inmaculada Sanz, who reported the plan in a press conference held in the capital on Thursday, September 2.

“For months, the taxi sector in Madrid has had to incorporate extraordinary measures in its daily activity that have gone from reducing the level of vehicle occupancy to the application of hygienic-sanitary protocols. These actions for the common good have increased expenses, at the same time that their income has been reduced due to the decrease in demand, ” said Sanz.

The total amount will be fully distributed among all applicants and will be compatible with other similar aid granted by public administrations put into action during the pandemic.

Holders of the 15,723 taxi licenses in the city may be beneficiaries as long as they are recorded in the Autotaxi License Registry of the City Council.