The bin of shame 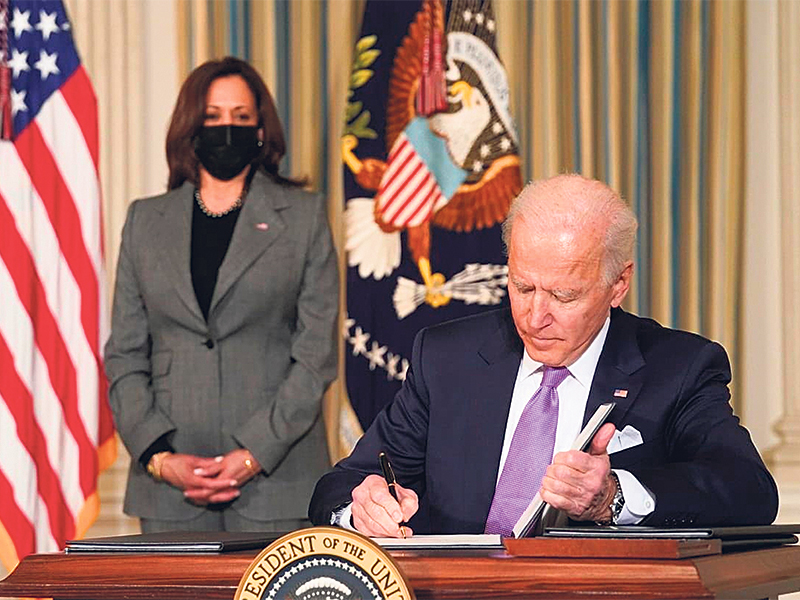 DELUSIONAL: Joe Biden’s speech was an insult to our intelligence.

I think Joe Biden should be impeached. Unfortunately that would open the door for Kamala Harris, which could be infinitely worse. The truth is the left wing woke culture is now running the Western world.

This delusional clique believes that the rest of us should think exactly as they do – and all those who dare to assume otherwise are evil. Wokes are something like the flower power participants of the ‘60s.

We too gullibly imagined that peace and love would prevail and pushing flowers down the barrels of the rifles of soldiers would protect us more than bullets. At that time, if our opinions of how society should be administered had been allowed to materialise, the Western world as we know it would no longer exist. Luckily, we did briefly come to our senses.

Unfortunately, in this day and age, through the advent of the internet and social media, the dogmatists of the present have been able to attain powers the generation of the ‘60s could only dream of – and it is a disaster.

To think that this incompetent lot in the White House is naïve enough to believe that the Taliban has changed its ways and will now bring peace and democracy to the beleaguered people of Afghanistan and – wait for it – take an active interest in the prevention of global warming!  –  is actually quite frightening.

Be assured, we can now brace ourselves for the news of mass executions, unspeakable atrocities and the crushing of women’s rights beyond our darkest imaginings. Biden’s pathetic attempt to appear the marauding avenger in his ‘we will hunt you down’ speech  was nothing more than an insult to the intelligence of all who have already suffered through his bunch of inept pretentious individuals.

Lobbing a few indiscriminate bombs in Daesh’s direction won’t hack it. The only members of this murderous mob he will be able to even get close to ‘hunting down’ will be the perpetrator when he meets bits of him in the Hades afterlife.

Yet another example of woke ineptitude was this administration’s decision to give the Taliban information of those who had worked for them, ‘so they could be given easier access at the checkpoints.’ This was nothing more than handing the enemy a death list, rather like giving the Nazis a record of all the French resistance fighters so they could board transport to a friendly country.

In their usual way of extricating themselves from the mire, Biden’s lot has cynically tried to blame Trump for this disaster. It’s simply not true. Yes. Trump did broker the deal to leave.  But Trump was the un-woke devil we knew. He was an unscrupulous businessman, chasing Afghanistan’s vast reserves of Lithium.

Biden’s  Democrats incited this wholly unnecessary, disastrous fast tracked departure  in a cold blooded PR effort to gain brownie points by announcing the ‘victorious’  withdrawal of all American troops on the 20th anniversary of 9/11.

Well thanks to them, another 13 of their heroic young men will never see their homeland or loved ones again. The whole devious leftie lot of ‘em should be relegated to the political bin of shame. Never to rise again!