Where can you get a self-assembly flatpack divorce kit? 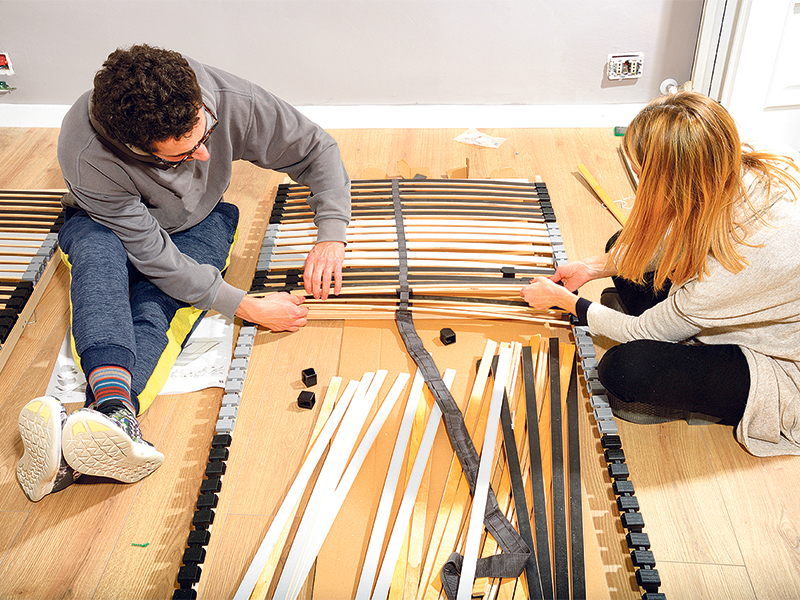 FLAT PACK: Couples are tasked with putting together pieces of furniture.

EVER been to an IKEA with your partner and had a bust-up afterwards? According to an LA-based clinical psychologist, this is almost inevitable because underlying relationship issues strained by lockdowns bubble to the surface when couples choose furniture.

As soon as you walk into IKEA, she claims, “The store literally becomes a map of relationship nightmares, one person putting stuff in the cart and the other taking it out. I see arguments all the time.

You see it escalate and people storming off. Walking through the kitchens brings up touchy subjects, like who does most of the cooking. Then you get to the children’s section, which opens up another set of issues. And that’s before you’ve even tried assembling anything.”

IKEA came up so often in her counselling sessions she now uses it as a relationship tool. She often ‘tasks couples with putting together a large piece of furniture at home and reporting back on how it went.’ If they’re still together the following week, they discuss how they got on. Then she bills them.

A recent study concluded that the labyrinth of an IKEA showroom is ingeniously designed to coax its customers into buying as much flat-packed furniture as possible (thereby increasing the likelihood of arguments?) the company’s success due, in part, to confusing its customers into submission. It found that the weaving yellow path leaves customers disorientated with no idea where the exit lies. So, more S&M than M&S?

Though that aspect’s likely to change! Ikea is trialling a new layout that could signal the end of the well-trodden store route since it now wants customers to be ‘part of the furniture’ in a more immersive experience.

When all’s said and done, however, IKEA’s only about shopping for, and assembling, furniture. It’s just stuff. If a couple can’t cope with that, how the heck are they going to cope with real problems later in life. Like saving enough for a home and retirement; coping with possible job loss; dealing with serious health issues or caring for elderly parents with dementia?