DGT clamping down on ‘left-lane syndrome’ drivers with new fines 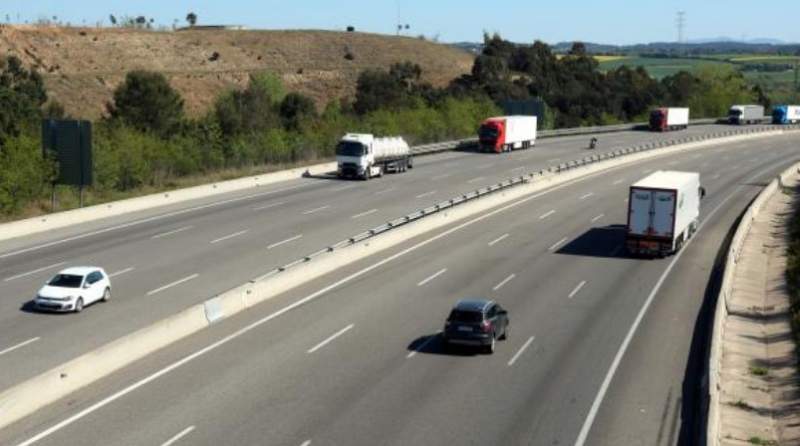 One of the most common, and irritating, offences on Spanish motorways and dual carriageways, is drivers constantly using the middle or left lane, when the inside lane is empty, a practice that the General Directorate of Traffic (DGT) calls ‘left lane syndrome’ and a habit that many drivers surely carry out in a subconscious fashion.

The Law on Traffic, Circulation of Motor Vehicles, and Road Safety is very clear about this situation, as stated in Article 15, “As a general rule, and especially in curves and changes in elevation with reduced visibility, the vehicle should always circulate on all the roads covered by this law to the right, and as close as possible to the edge of the road, maintaining sufficient lateral separation to make the crossing safely”.

That said, when driving on roads with several lanes in each direction, it is mandatory to always travel in the right-hand lane if you do not want to overtake, since the rest of the lanes on your left are only for overtaking, taking an exit on that side, or for use during a period of encountering heavy traffic.

Despite the fact that the DGT always had the right to fine road users who drove in the central and left lanes while the right was free, the truth is that it has not usually been a highly sanctioned infraction, but this has changed, as Traffic has begun to impose the first fines on drivers who habitually use the left lane, hindering other drivers, and causing different dangerous situations on Spanish motorways and dual carriageways.

As proof of this, the Twitter profile SocialDriver posted online one of the sanctions that the DGT has imposed on a driver this summer for, “driving out of town in a lane other than the one located further to the right, on a road with more than one lane for the same direction of travel, without the existence of traffic or road circumstances that make it advisable”.

As seen in the image below, the amount of the fine is €80, but without the withdrawal of points from your licence.

Finally, the DGT asks drivers to remember that you cannot pass a vehicle while traveling on the right of them, when they are travelling slower on your left, as this practice is considered serious, and is punishable by a fine of up to €200, and the withdrawal of four points from the driving license, as reported by elperiodico.com.