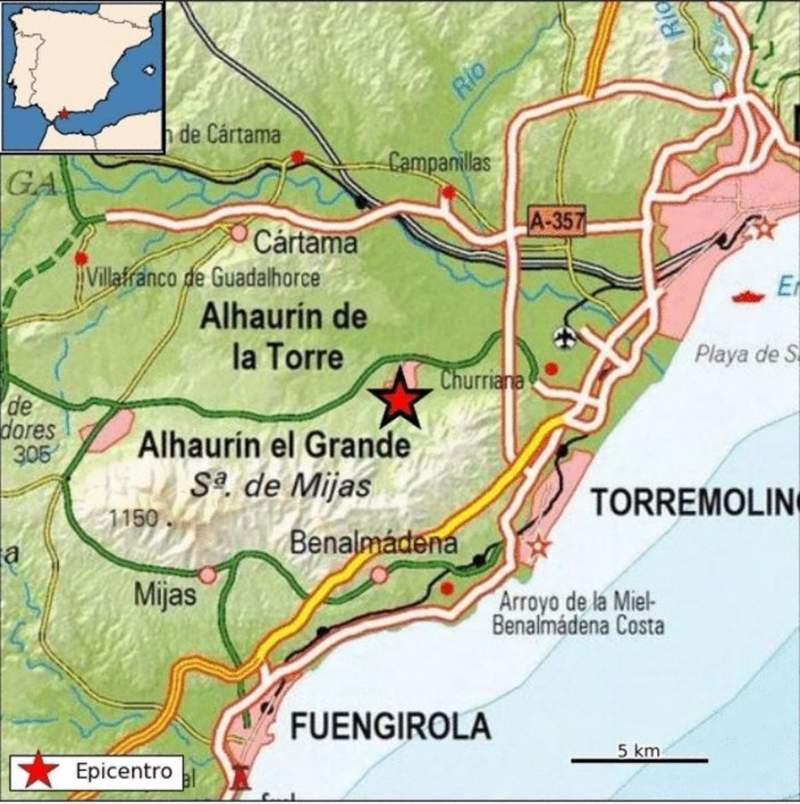 The National Geographic Institute (IGN) has registered this Saturday, September, 4, an earthquake of magnitude 3.3 on the Ritcher seismological scale in the Malaga municipality of Alhaurin de la Torre in the region of Spain’s Andalucia, according to a report by europapress.

According to data published on its website,  the earthquake, with its epicentre near Churriana, occurred at 12.29 hours on Saturday. However, as yet, Emergency 112 Andalucia has not received any calls alerting them of the earthquake.

This is the second earthquake with some intensity that has been recorded in the province in a week. Last Saturday, August 28, there was an earthquake of magnitude 4.9, with successive aftershocks and epicentre in the Alboran Sea. In this case, 112 received warnings from the capital, Torrox and Velez Malaga.

Granada Province was shaken again on Thursday, August 12, by two consecutive earthquakes, with the strongest one this time measuring 4.2 magnitude on the Richter scale, with residents of the Metropolitan Area reportedly feeling the tremors.

Thank you for taking the time to read this article, please remember to come back and check The Euro Weekly News website for all your up-to-date local and international news stories and remember, you can also follow us on Facebook and Instagram.