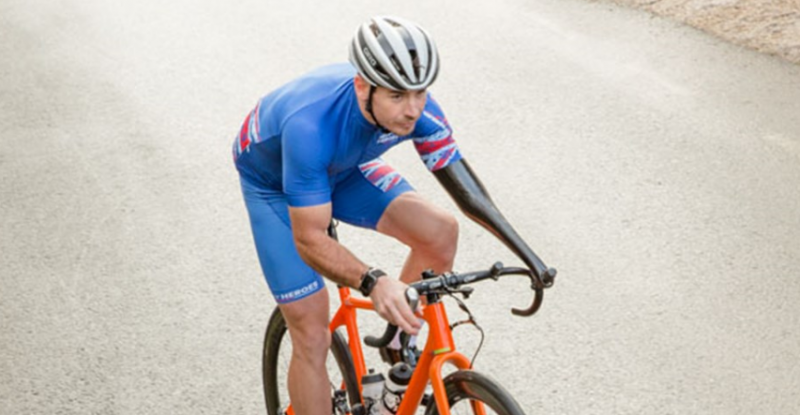 A FORMER soldier who fought in Afghanistan becomes a Paralympic champion after participating in the Help for Heroes sports recovery programme.

The former Para soldier, Jaco van Gass, sustained severe injuries – including the loss of his left arm – in 2009, during his second six-month tour of Afghanistan when the helicopter he was travelling in came under enemy fire and was hit by a rocket-propelled grenade.

He participated in the Help for Heroes sports recovery programme and developed a passion for adaptive cycling. He competed at the World Championships in 2013, 2014 and 2015. He’s won silver and gold medals at the Invictus Games, and, in 2017, even set himself the challenge of cycling 3,081 miles in six days as part of the Race Across America (RAAM), raising money in support of other wounded veterans and their families.

What’s more, in 2011, he was a member of the record-breaking team of wounded soldiers who trekked to the North Pole. Now, in his first Paralympics, he’s taken gold in spectacular fashion.

Celebrating his achievement with some of the charity’s staff, Help for Heroes CEO, Mel Waters, said: “We are delighted that somebody who has been in our sports recovery programme has gone on to win gold and be the pride of his nation. We’re so incredibly proud of him and of all our veteran athletes in Tokyo.

“How fitting that with Afghanistan in the news once again, a veteran who served there should be making such positive headlines. His superb capabilities – and those of his fellow veterans in Tokyo – send a powerful message to other veterans and anybody with a disability who may happen to face barriers, both visible and hidden, to engaging in sport.

“It shows what can be achieved, and what is possible with the right support. For many, your start line may not be in Tokyo, it may be venturing out into your local community or taking up an activity for the first time. But support is there for you, and you can fulfil the goals you set yourself.”