Germany evacuates Afghan refugees along with more than 20 ‘dangerous criminals’ 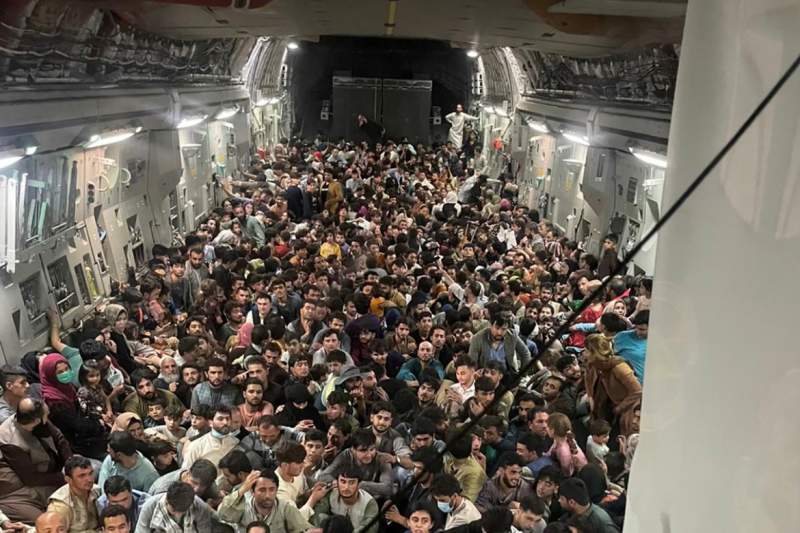 Germany evacuates Afghan refugees along with more than 20 ‘dangerous criminals’ classed as a threat to national security.

A total of 4,587 people were evacuated from Kabul using German military flights until the airport closed this week. Of the evacuees lifted to safely, 469 were German citizens and 168 Afghan employees who had been collaborating with German companies or institutions.

The rest should correspond to Afghan citizens whose security was compromised under the Taliban regime, however, it has now been rev4ealed that 257 of those people entered the German army planes without being correctly identified.

We are talking about a chaotic situation, dramatic evacuation scenes in which document verification was extremely difficult and in which force prevailed on many occasions.

“Anyone who was young, man, strong and willing to use violence to step over others, had a better chance of reaching the aeroplanes,” described a soldier involved in the operation.

Only since these Afghan refugees arrived in Germany has it been possible to confirm their correct identity with a verification process.

To the surprise of the German authorities, some twenty people, whom the German Interior Minister, Horst Seehofer described as “high-caliber criminals”, are listed by international security forces as a ‘serious threat’.

There are about 20 cases (and could be more) “that are relevant to security, who are now in Germany and cannot legally be deported back to Afghanistan,” said Seehofer during a press club meeting in Munich.

Among those criminals are convicted rapists and at least one man who, according to the unanimous opinion of Germany, the United States and Great Britain, occupies ” an even higher position ” in the crime ladder, according to the minister.

Other cases remain awaiting identification after it was found that they boarded the plane using falsified documents.

According to German security officials, four of the evacuees had previously been deported from Germany to Afghanistan years ago, and have managed to sneak back into the country.

The German Press Agency (DPA), reported that several of the names are registered in the joint federal and state antiterrorist centre. “Two criminals have been transferred to a penitentiary based on open arrest warrants,” acknowledged Interior Ministry spokesman Steve Alter, and two other evacuated Afghans are “still in the custody of the authorities, awaiting a decision.”

One example of criminals infiltrating the evacuated refugees from Afghanistan is Sardar Muhammed M. He had been deported from Germany to his home country of Afghanistan in February 2019 and arrived back in Frankfurt on a plane from Tashkent on August 24, 2021, after having previously flown from Kabul.

In 2012, the Munich Regional Court sentenced M. to eight years and three months in prison for raping and sexually abusing his daughter for years. The first assault occurred when the daughter was nine. At the time of his deportation to Afghanistan, he still had a prison sentence of 177 days to serve.

After an identity check of the evacuees at the Frankfurt airport, he was arrested again and is currently in the Frankfurt-Preungesheim prison. In the expulsion order from the city of Munich, which came into effect legally in 2015, it said: “Immigration authorities see a very specific risk that more mass sex crimes will be repeated after their release from prison.” It has not yet been clarified how Sardar M. managed to find a place on one of the Bundeswehr planes.

In an article published on Monday (August 30), Taliban spokesman Zabihullah Mujahid told the Austrian daily Kronen Zeitung that the Taliban government would be willing to accept Europe’s Afghan deportees — failed asylum seekers who may also have a criminal record.

“Yes. They would be taken to court. The court would then have to decide how to proceed with them,” Zabihullah told the newspaper when asked if it would take in Afghan asylum seekers in Germany or Austria whose asylum claims had been rejected or who had committed crimes in those EU countries.