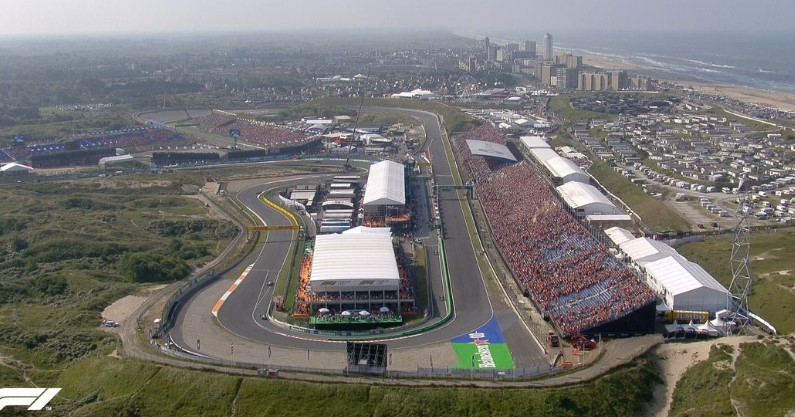 MAX VERSTAPPEN has clinched pole by the narrowest of margins for Sunday’s Dutch GP in Zandvoort, with Hamilton in second

Max Verstappen clinched pole at Zandvoort today, Saturday, September 4, in the final qualifying session for tomorrow’s Dutch GP, in front of a huge capacity crowd of around 80,000, mainly orange-clad, Dutch racing fans, making him the first home driver to ever clinch pole for the Dutch GP.

Currently lying second in the driver’s table, three points behind Lewis Hamilton, Verstappen’s Red Bull squeezed into pole by the narrowest of margins, beating the British world champion by just 0.038s at the end of the session, meaning that Hamilton will line up alongside him on race day in his Mercedes, setting up another thrilling encounter between these two drivers.

This session was again marred by red flags, as both Williams cars crashed out, with Nicholas Latifi involved in a huge incident as he spun his car backwards into the tyre wall coming into Turn Eight, at around 140mph, while George Russell also had a moment, causing the session to end while the track was cleared.

Finland’s Valtteri Bottas, finished up three-tenths of a second behind the front two, in third, with Pierre Gasly in the AlphaTauri joining him on the second row, while Ferrari’s Charles Leclerc and Carlos Sainz take the third row.

Speaking after the session ended, Verstappen said, “It’s an amazing feeling. It is of course the best position. We know passing is difficult, a lot of laps around here, the tyres are struggling around the high-speed corners but I hope we can finish it off tomorrow”.

Giving his interview to the cameras after the session, Hamilton was booed by the partisan Dutch fans, but took time to salute the enthusiasm of the locals, “So close. I want to say a big thank you to all the orange fans here, the Dutch fans. What an amazing venue and track. I really love coming to this country”.

Continuing, “Max did an amazing lap and I was so close to catching him. With yesterday’s session missed, it made it difficult, but I did my best. It’s a difficult circuit to overtake on, but what a place to be racing. We haven’t seen a crowd like this in a while. It is great to see so many people here and I hope we can put on a great race. It is a very tough circuit, which is what makes it so fantastic to drive”, as reported by bbc.com.