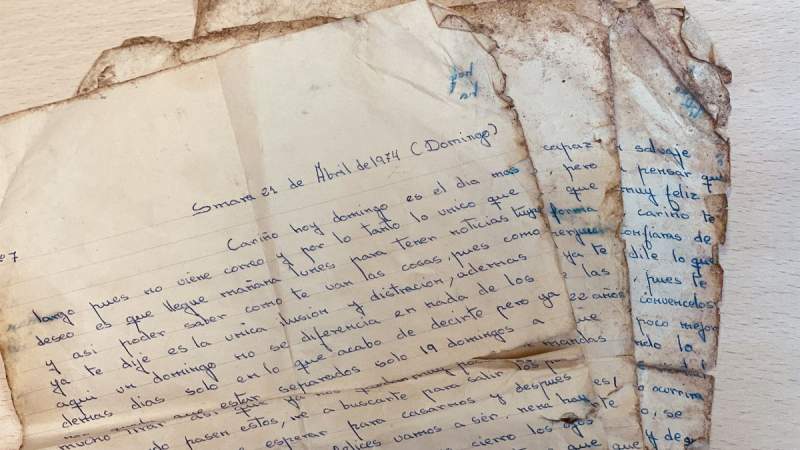 Soldier's love letter to his girlfriend turns up 47 years later on a rubbish tip. image: Twitter

Workers at waste disposal plants are used to finding strange objects, watches, jewellery, rings, but were surprised when one particular item managed to circulate through the whole process with barely any damage.

It was a letter found to be written by a soldier to his girlfriend, dated 1974, that an operator found on the solid waste belt of the Costa del Sol Environmental Complex, located in Casares.

The love letter was written by a 22-year-old soldier on April 21, 1974, from Santurce, when he was performing his military service and in it, the young man eagerly announced to his girlfriend that he only has 19 Sundays left until they would be together.

The young soldier informs his partner that he has cut his hair so his in-laws will no longer be able to call him ‘el melenas’ (the mane), it appears that the bride’s parents did not consider him a good match, as they described him as “hippie.”

Although he insists in his writing that he has changed and asks the young woman to try to convince her parents that it is a serious relationship.

“It is logical that for the moment they distrust because if they did not, I think they would have very little appreciation of you.

“Tell them for me to try to get to know me a little better now and if at after a while they keep thinking the same thing, I’ll be the one to retire myself, if I’m not really going to make you happy, even though I know this won’t happen,” wrote the soldier, who also added he would break their relationship himself if he thought he could not make her happy.

In another passage in the letter, the young man tells his girlfriend that he saw José Feliciano singing a song from the album they bought together on TV and sprinkles the letter with continuous displays of love and affection.

He says goodbye remembering that they have 127 days left to be together, “now forever.”

The letter was found by a triage operator who was struck by a paper that seemed very old. He rescued it from the tape and pushed it away as he continued his work. When his shift was over, he unfolded the pages and found that it was a love letter.

He found it so tender and romantic that he handed it over to the shift manager to keep it, the manager said in a statement.