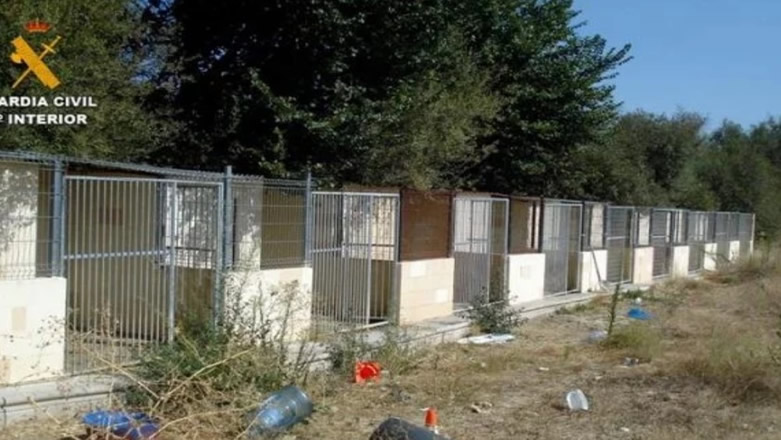 Two arrested in Madrid for death and mistreatment of seven dogs in a kennels. image: guardia civil

Guardia Civil officers have arrested two people in the El Alamo district of Madrid for the death of two dogs, and the mistreatment of another five, in an alleged kennel facility, with a third individual also under investigation for their possible involvement in the case.

An investigation had been initiated after a complaint had been received about the disappearance of a dog, and the death of two other dogs under strange circumstances in a kennels in the El Alamo district, and a subsequent inspection by the force revealed animals being kept in a state of semi-abandonment, with no water or food, despite the excessive heat, locating two dead dogs, and five more in a serious state of dehydration.

As a result of their discovery, the officers arranged for the animals to be transferred to a sanctuary in the  Community of Madrid to be cared for, and subjected to different treatments, and also to be returned to respective owners.

During the course of their investigation, the Guarda Civil found that the premises was operating illegally as a local animal protection centre, and as a canine residence, but did not have the relevant licence or municipal authorisations, with the two individuals in charge of the facility being arrested, and also charged with fraud, when it came to light that they had been asking for payments via Bizum, with daily fees ranging from seven to fifteen euros.

It transpired that all transactions were made either by telephone or online, and then the owners would collect the dogs from the owner’s homes, to prevent from them ever seeing the state of the facility their pets were going to be kept in, that they were paying for, as reported by moncloa.com.