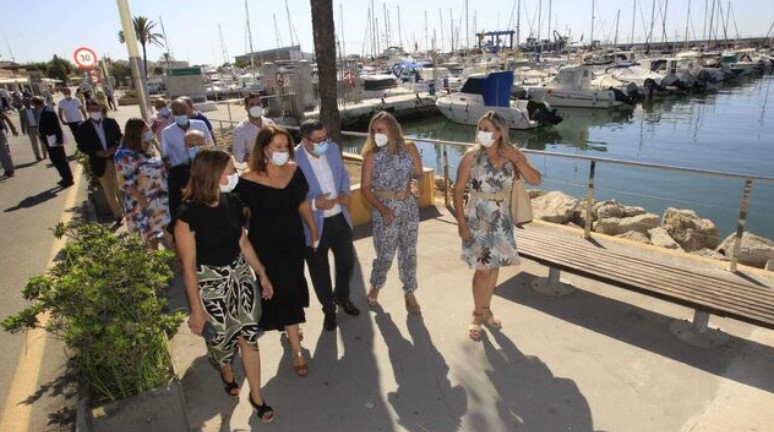 Caleta de Velez port, in the province of Malaga, combines fishing with recreational use, and is one of the most important ports in the Mediterranean by the number of catches, in fact in the first months of this year it has already reached €4 million in turnover, which is 20 per cent more than the corresponding period of 2020.

With a total of 274 berths, its tourist interest is also on the rise, making it one of the most stable in occupation in Andalucia, with an occupancy level of 93.4 per cent, again, 1.19 per cent higher than last year, and now, the Junta de Andalucia has decided to promote this public infrastructure with the construction of a new fish market, and is finalising the urban integration works with the promenade, which will have a budget of €624,778, and are due to go out to tender before the end of this year.

The regional administration has thought of setting up a technical work commission, for the drafting of the fish market project and for its future construction, made up of the Fishermen’s Association, the Directorate of Fisheries and Aquaculture of the Ministry of Agriculture, and the Agency Public Ports of Andalucia (APPA).

Marifran Carazo, the Minister of Development, Infrastructure and Land Management, during a visit to Caleta port last Friday, September 3 – accompanied by Carmen Crespo, the Minister of Agriculture, Livestock, Fisheries, and Sustainable Development, plus, Antonio Moreno, the mayor of Velez Malaga – explained, “The project of the new fish market has been designed always seeking the benefit of the fishing activity, and attending to the requests of the Fishermen’s Association”.
Adding, “Large projects, such as this one, must come out of joint work, and the agreement”, as the minister explained how the new fish market will be, “modern and adapted to the new times”, since it will be open to visitors, to make it “more attractive to tourists” on the Costa del Sol.
Ms Carazo reported on the project to complete the urbanisation of the fishing area of ​​the Caleta de Velez port, with the adaptation of the west esplanade, a development that will not only “improve the working conditions of fishermen, rather, it will also promote greater integration with the locality, by giving continuity to the promenade”.

To facilitate this, the demolition of the buyer’s quarters building is proposed, which would allow the rearrangement of traffic and the parking lots on the inner esplanade in front of the maritime captaincy, the fish market, and its offices, with those rooms being replaced by containers, while the western esplanade of the enclosure will also be rearranged and paved, as reported by malagahoy.es.