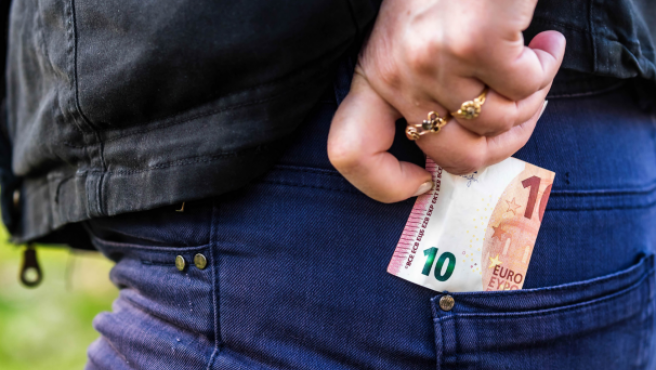 Spain’s penal code punishes people for not handing in money to the police they find in the street.

Most people would consider it a stroke of luck if they were walking down the street and found some money on the ground. But, and contrary to popular belief, you cannot keep the money and in fact, could be fined- or even worse, imprisoned- for keeping it!

Article 253 of the Spanish Penal Code states it is punishable that “will be punished (..), which, to the detriment of other, appropriate for himself or for a third party, money, effects, securities or other movable things, they would have received in deposit, commission, or custody, or that have been entrusted to them by virtue of any other title that produces the obligation to deliver or return them or deny having received them.”

“If the amount of what is appropriate does not exceed 400 euros, a fine of one to three months will be imposed,” the article says. On the other hand, and shockingly, that penalty may be extended up to two years in prison depending on the amount of money or value of the object or objects.”

What to do if you find money in the street

It is another Code, the Civil Code, which indicates what to do in the event that we find money or an object in the street. Article 615 establishes that when a movable thing is found, it “must be returned to its previous possessor. If the latter is not known, it must be immediately consigned to the Mayor of the town (Town-hall)  where the discovery was made”.

Common sense dictates it would be best to contact the Local Police so that they take charge, although many stations no longer have their own Lost and Found Office.

Once the item or the money has been deposited, a process begins in which two things can happen: the rightful owner may turn up (in which case you are entitled to a reward – one-tenth of the value of the item or one-twentieth if its value exceeds 12 euros), or he/she may not turn up at all.

If two years pass and the owner has not shown any sign of life, the object then becomes the property of the person who found it.