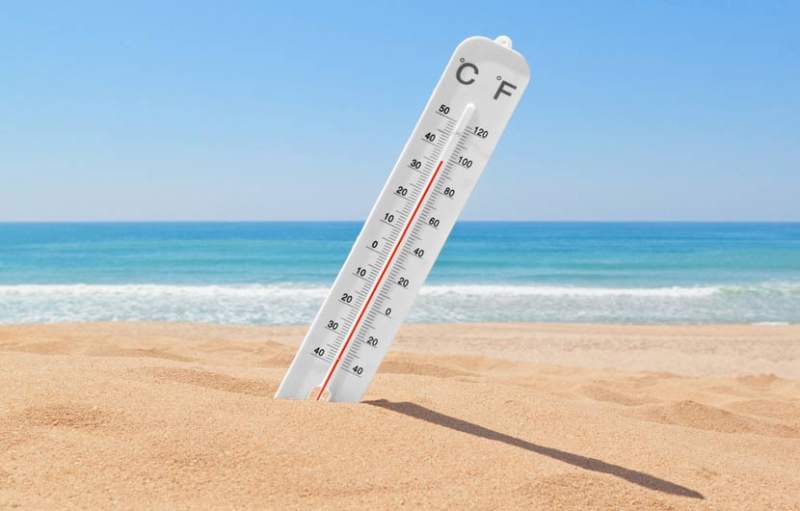 According to Spain’s State Meteorological Agency AEMET, this Monday, September 6 is going to see the return of the hot weather across the country, but more specifically in the Andalucian provinces of Almeria, Cordoba, Jaen, and Sevilla, where it could exceed 30ºC, as will the Basque provinces of Guipuzcoa and Vizcaya.
AEMET predicts a general rise in temperatures throughout the country, which will be more pronounced on the Cantabrian coast, although Barcelona, Ceuta, Leon, Melilla, Las Palmas de Gran Canaria, and Tarragona, will not see the same temperatures.
In some regions, the temperatures are expected to hit 38ºC, including Seville, Granada, Cordoba, and the Guadalquivir and Guadiana valleys, while Jaen, Bilbao, and Ciudad Real, could reach 37ºC, with Badajoz and Almeria getting 36°C, but it will drop to around 34ºC in the interior of Galicia, and the Cantabrian fluvial areas,

During the day, an Atlantic storm is expected to be located to the west of the Peninsula, producing an increase in medium, high, and diurnal cloud cover in large areas of the Atlantic and Cantabrian slopes, and there is a probability of occasional isolated showers and storms in the afternoon, in the Cantabrian Mountains, Central and Iberian systems, Pyrenees, and Southeastern mountains, without ruling out that this system might spread to nearby flat areas, with more intensity expected in the eastern Pyrenees.

In the Mediterranean area, there will be little or no cloud dominance, or just possibly intervals of high clouds, although an isolated shower in Mallorca is not ruled out, while in the Canary Islands, it will be slightly cloudy or clear.

Mists, low clouds, and possible morning fog banks are also expected this Monday in the Strait, pre-littoral of Catalonia. and Mediterranean rivers, as well as the possibility of high altitude haze in the south and east of the peninsula, Melilla, and the east of the Canary Islands.

Finally, the east component winds will predominate in the Cantabrian and Andalucian coasts, with strong gusts in Alboran, the Cadiz coast and, very strong, in the Strait – AEMET has activated the yellow warning for wind and waves in Cadiz – winds from the south and southeast in the rest of the Peninsula, and the Balearic Islands, and in the Canary Islands, the winds will be light in low areas, and southwest with very strong intervals in high areas, as reported by 20minutos.es.