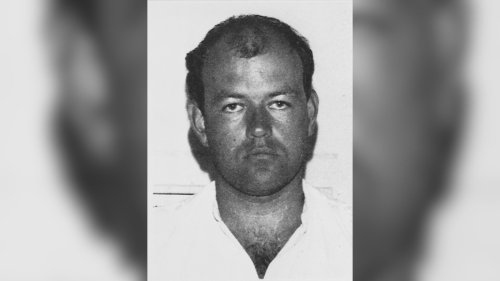 Child killer Colin Pitchfork has won £34,000 in legal aid to fight ‘frivolous’ claims against him.

A source familiar with the case said: “These are frivolous claims. It’s a disgrace the public should be picking up the bill to legally represent such an individual.”

Dawn’s mum Barbara Ashworth, 75, said of the legal aid sum: “We were given no help over the years dealing with the case. It’s awful that he has been given so much.”

The uncle of one of the 15-year-old girls raped and murdered by Colin Pitchfork says his release risks the safety of children wherever he is relocated.

He was jailed in 1988 for raping and murdering 15-year-olds Lynda Mann and Dawn Ashworth in Leicestershire.

In June, the Parole Board concluded it was safe to release Pitchfork, who was the first murderer to be convicted using DNA evidence.

The MoJ said Pitchfork, 61, would remain under supervision for the rest of his life.

He later pleaded guilty to both murders and was given a life sentence in January 1988.

Following a hearing earlier this year, the Parole Board concluded Pitchfork met all the criteria for release from prison, subject to conditions. The decision was attacked by several MPs and victims’ family members, prompting the government to formally challenge the decision on the grounds it was “irrational”.

however, this was rejected by a judge-led review in July, leaving opponents powerless to halt the release.

A Ministry of Justice spokesperson said: “Our heartfelt sympathies remain with the families of Lynda Mann and Dawn Ashworth following the independent Parole Board’s decision to release Colin Pitchfork.

“Public safety is our top priority, which is why he is subject to some of the strictest licence conditions ever set and will remain under supervision for the rest of his life.”