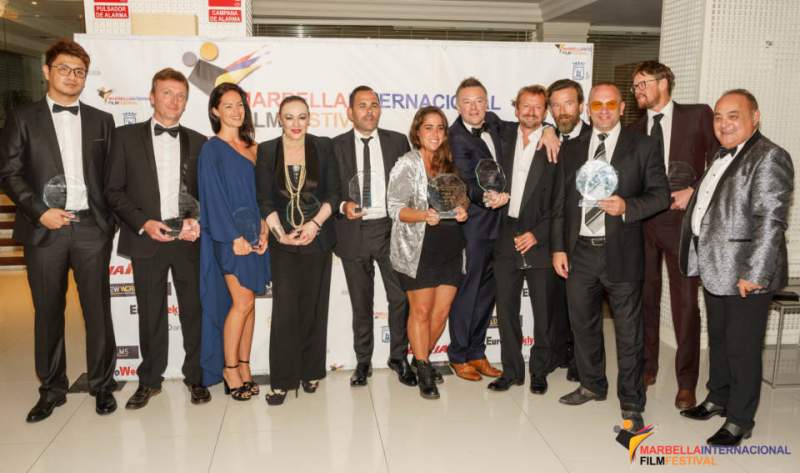 THE Marbella International Film Festival promises glitz and glamour despite the pandemic and has a double awards ceremony this coming Sunday September 12.
Last year, the 15th Annual Marbella International Film Festival (MIFF) had to be a virtual affair due to the pandemic and there were fears that this year’s event might also be an online festival but happily this is not the case.
Speaking to Mac Chakaveh, he was very upbeat and possibly a little surprised at the incredible response that this year’s MIFF has received.
“Not only are there entries in all categories from film makers from 13 different countries but many of producers, directors and actors will be travelling to Marbella to take part in the event which runs from September 8 to 12” he said.
There are no less than 12 full length feature films with many having their Spanish premieres at the festival and whilst the names of some of the directors may not be known to an English audience one, US based Damian Chapa as an actor was the lead in In Blood In, Blood Out the highest grossing Latin film of all time.
As far as Mac is concerned, it is thanks to MIFF that Damian visited an earlier Festival and since that time has filmed two feature films in Spain, the latest, Dark Light being presented at this year’s MIFF.
Despite the relatively short notice and travel restrictions, a significant number of movie professionals have indicated that they will be in Marbella during the week to attend various morning workshops which include advice on how to fund future films and how to make movies for companies such as Amazon and Netflix as well as other events.
The big, star-studded awards ceremony is already sold out but there is always the possibility to view the various releases at the Teatro Goya Cinema in Puerto Banus and the full running order for the films can be found at https://www.marbellafilmfestival.com.
Clearly Mac continues to show his commitment to making the name Marbella synonymous with movies and to encourage film makers to take advantage of the generous terms that the Marbella and other Film Commissions are able to grant.
One regular visitor is actor and producer Terry Stone who is up for an award for best actor this year for his role in Rise of the Footsoldier Origins which has its red-carpet premier Saturday September 11.
He told me “Lockdown has actually been something of a blessing for independent film makers like us as large studios had to shut down, but we used the time to develop new projects and as soon as we could safely start filming, we did on a tight deadline and budget.

“We followed all of the protocols and shot three different films without anyone catching Covid. Footsoldier is the first to be released and we are delighted that it is in contention for two awards at MIFF.”
As one of the sponsors of the Marbella International Film Festival, we at Euro Weekly News are proud to once again be associated with this great event, congratulate Mac and his team on managing to set the event up and wish all the best to those film makers taking part in the competition.
Thank you for reading ‘Marbella International Film Festival promises glitz and glamour’ and remember that all articles produced by Euro Weekly News may be accessed free of charge.