Robles: “The European Union cannot be a passive player” in Afghanistan 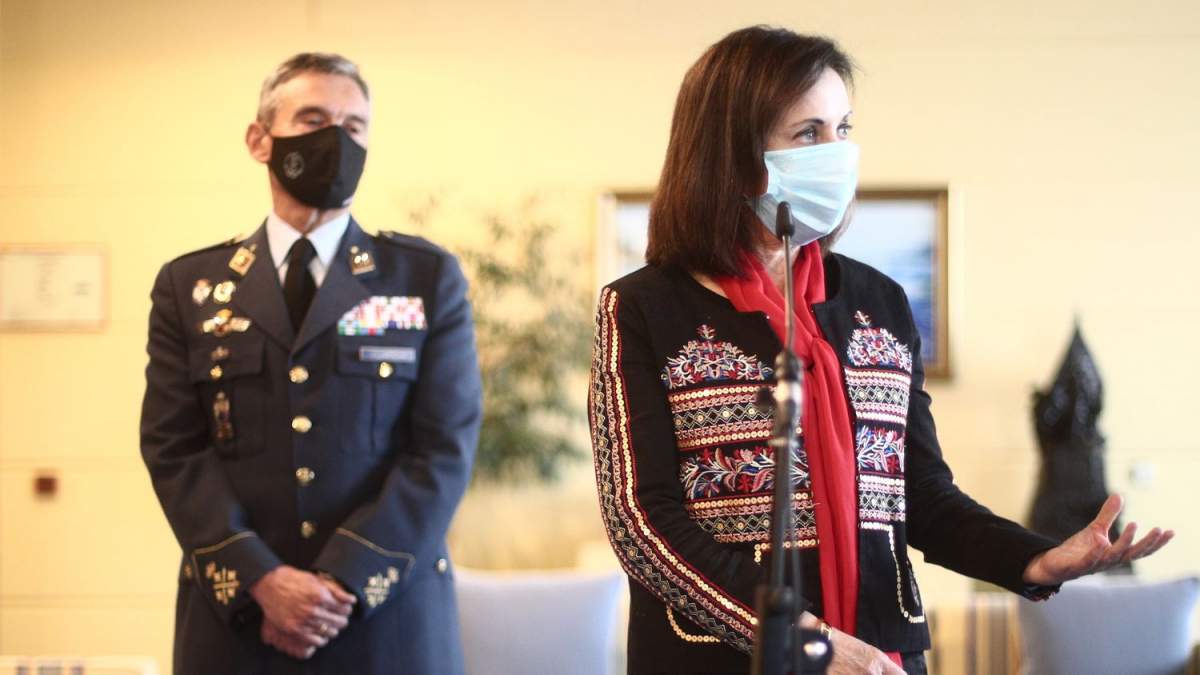 The Minister for Defence, Margarita Robles, said during an informal meeting of European Union defence ministers, “Europe cannot be a passive actor, or look the other way, in the future of the people of Afghanistan”.

Robles told her European counterparts that “the hard lessons learned in Afghanistan must be taken into account in all our other missions” and must serve to “mark a before and after in the way the European Union projects security”.

She insisted that “stabilisation missions can never end abruptly. The delicate balances they help to create suffer if external actors suddenly disappear.

She also proposed to EU Defence Ministers that “the necessary actions to facilitate the departure from Afghanistan of the remaining family members of our Afghan collaborators who could not be evacuated and of other particularly vulnerable people, especially women and girls, who wish to leave Afghanistan resume as soon as possible”.

The minister also said she wanted to pay “a heartfelt tribute to all the men and women of our armed forces, to the soldiers of other countries, and to those collaborators who have died in Afghanistan over the last 20 years”, with a fond memory for them and their families, as well as for the 13 US soldiers and Afghan citizens who lost their lives in the attack on August 26 at Kabul airport. “We cannot resign ourselves to the fact that their deaths have been in vain,” she remarked.

Robles stressed that “Spain, like so many other countries, has used all the means at its disposal to try to save and evacuate as many people as possible”, and at this point she wanted to highlight the “enormous effort of the Spanish Armed Forces who, in a risky and extremely difficult rescue mission, managed to evacuate 2,000 people from Afghanistan”. We have also been a hub for the European Union, NATO and US aid workers. In total, more than 5,000 Afghans have entered the West through Spain.

She also pointed out that “the European Union should encourage the entire international community to speak with a single voice of active vigilance and pressure on the Taliban regime, to limit the current internal scenario of terror and fanaticism as much as possible” and, at the same time, “to avoid human rights violations, with special attention and protection, as I have just said, of women and girls. In the same vein, she pointed out that “we cannot accept that Afghanistan should once again become a haven for international terrorism”.

The minister concluded her speech by asserting that “the lessons learned in scenarios such as Afghanistan, although extremely hard, should help us to find a better way and, as defence ministers, we have the challenge and obligation to lead this change.”