Tens of thousands march against vaccine passports in Amsterdam 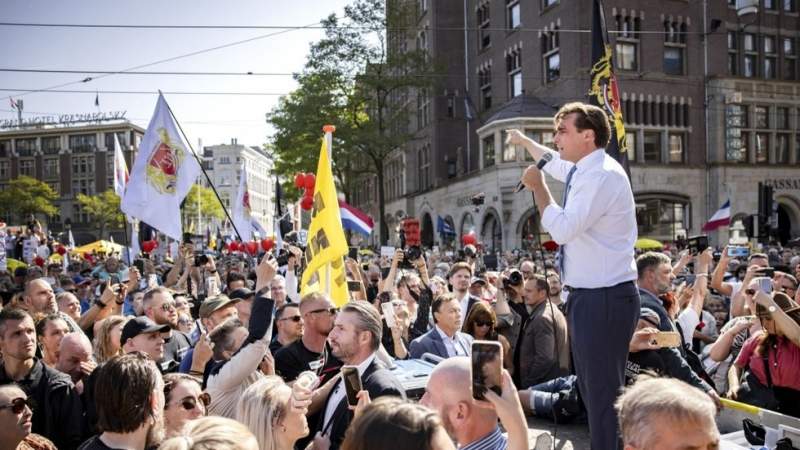 Tens of thousands march against vaccine passports in Amsterdam.image: Twitter

Tens of thousands have marched and protested against vaccine passports in Amsterdam.

People from right across the political spectrum packed onto the streets of Amsterdam to protest the Dutch government’s proposed vaccine passes, the demonstration blocked roads in the city centre for miles causing massive traffic gridlock.

Tens of thousands gathered in Amsterdam’s popular Dam Square on Sunday, September, 5, for a 7km rally through the city’s canal-lined streets and back to the square, all staged to protest against the center-right government’s coronavirus policies.

Video footage released on social media showed a seemingly endless column of protesters marching along the route, with some observers claiming that the actual group of demonstrators was up to 3km (1.8 miles) long.

Protesters claimed that upwards of 60,000 people were there- local authorities put the attendance at 20,000.

The city council urged Amsterdammers to stop showing up shortly before the start of the march at midday, saying the city center had become “too busy.”

The focus of the march was on the Dutch government’s plans to make proof of vaccination mandatory to enter restaurants, cafes, museums and other public spaces, as suggested by Health Minister Hugo de Jonge earlier this week. As such, protesters carried banners decrying “medical apartheid” and complained that vaccine passes “punish” the young and healthy who refuse to be vaccinated, local newspaper Het Parool reported.

Some of the protesters demonstrated against vaccines in general, calling them “poison,” while others came to stump for politicians opposing the so-called ‘vaccine passports’.

Thierry Baudet, leader of the right-wing Forum for Democracy (FvD) party marched with the protesters, as did Wybren van Haga of the newly formed libertarian party Belang van Nederland (Dutch Interest). Baudet claimed after the march that 100,000 people had come out “to stand up against the medical dictatorship.”