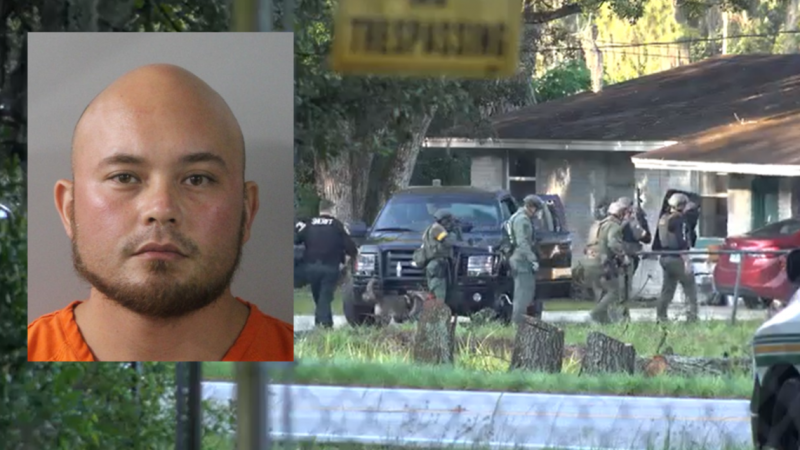 War veteran who killed four including baby was ex-Marine who 'spoke to God'. image: Twitter

War veteran who killed four including baby was an ex-Marine who said he ‘spoke to God’.

A ‘survivalist’ war veteran who dressed in full body armour before shooting dead four people was an ex-US Marine who had begun ‘talking to God’ before the massacre. Bryan Riley, 33, shot and killed a group of people including a woman and her three-month-old baby she was holding in her arms.

During the horrifying massacre, the former sharpshooter said his victims had ‘begged for their lives’ but he gunned them down anyway. Detectives said that in the week before the deadly mass shooting the war veteran had begun ‘talking to God’ and was also high on drugs.

The self-described survivalist in body armour shot and killed four people, including a woman and her 3-month-old baby boy in her arms, before surrendering to police in central Florida on Sunday, September, 5, officials said.

Riley, who had no connection to the victims, engaged in a shootout with police before giving up, and later tried to grab a police officer’s gun while being treated in the hospital for his own gunshot wound, before being subdued again, Judd said.

A veteran of the U.S. wars in Iraq and Afghanistan, Riley was working as a bodyguard and a security guard. His girlfriend of four years told investigators he suffered from a post-traumatic stress disorder and occasional depression, Judd said.