Afghanistan on brink of humanitarian disaster 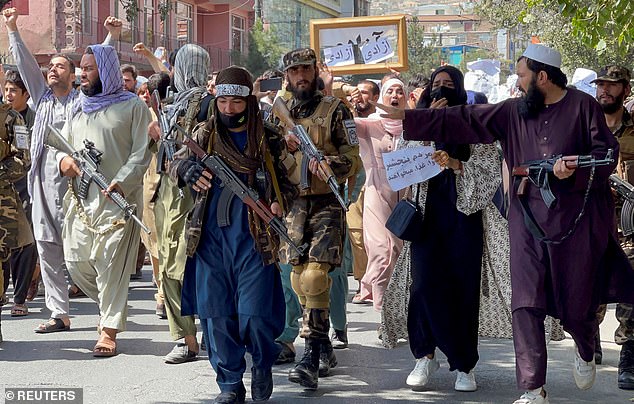 Afghanistan is on the brink of a humanitarian disaster as protestors take to the streets.

U.N. agencies have warned again of a humanitarian catastrophe in Afghanistan as Taliban advances drive tens of thousands of people from their homes amid spreading hunger.

Insurgents have now taken full control of the city as the United Nations said its 320 staff members would remain in the country to manage relief efforts.

“We are bracing ourselves for a major humanitarian crisis. Terrified families have been fleeing into Kabul in the past few days. Camps are overcrowded and children are sleeping out in the open. Families are fighting over food. We fear this situation is being replicated across the country at an unprecedented pace,” said Tracey Van Heerden, the Norwegian Refugee Council’s acting country director in Afghanistan.

One mother, Zahra Omari, fled to Kabul from Kunduz province with her six children: “When people started fleeing, I took my children and fled. I didn’t even take milk for my 10-month-old daughter. We found a bus going to Kabul that had removed the seats to cram as many people as possible inside. It was full of frightened men, women and children.”

The impact of increasing levels of violence between Taliban and government forces in recent days is forcing thousands to uproot and flee to safety. An estimated 390,000 people have been displaced since the start of the year, according to the United Nations, but actual numbers could be far higher.

Escalating fighting has also made it more difficult and dangerous for aid organizations to assist families most in need. “Eighty per cent of our projects are affected by the ongoing conflict, impacting of the delivery of critical aid to over 900,000 Afghans. But we are committed to stay and deliver. While Afghanistan remains one of the world’s most dangerous countries for us to operate in, it is more important than ever that aid agencies can reach communities as the conflict escalates,” said Van Heerden.

NRC teams on the ground are working around the clock, but the speed and escalation in fighting has surprised everyone. Civilians, including NRC staff, have been forced to hunker down as conflict has escalated around them, with many fleeing to safer areas as soon as it is safe to do so.

Previously displaced people who fled their homes because of earlier violence have not been spared by the latest fighting. In Shahrak-e-Sabz, one of the largest displacement settlements in the west of the country, families fear the nighttime when conflict escalates around them. Mortars recently injured a young boy and damaged shelters at the site.

“Now more than ever it is critical that parties to conflict uphold their obligations to protect civilians, including humanitarian workers, and civilian infrastructures like schools and hospitals,” said Van Heerden.