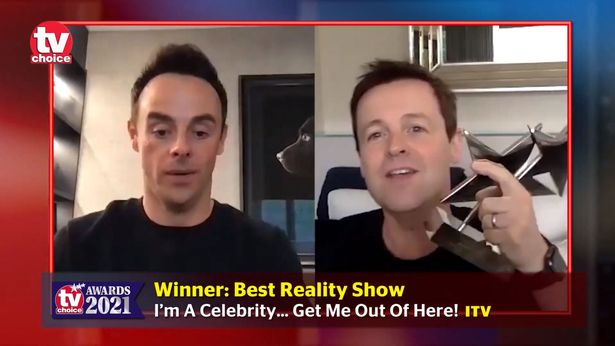 Ant and Dec lose to Gogglebox as Line of Duty scores a hattrick at the TV Choice Awards 2021.

The show,  hosted by comedian Rob Beckett and the star-studded ceremony, saw many awards swept up by the famous from across  the world of television.

Line Of Duty and Coronation Street were the big winners of the night, picking up a hattrick each of the reader-voted awards each.

Writer Jed Mercurio used his acceptance speech to express how much the awards mean: ‘Everyone involved in Line Of Duty is absolutely thrilled to be recognised in this way by the viewers and readers of TV Choice, it means an enormous amount to us and we couldn’t be more grateful,’ he said.

He finished by saying: ‘They’re the guys who actually do it on camera so it’s definitely a tribute to them.’

Star Martin posted on social media he was ‘chuffed to bits’ with his win.