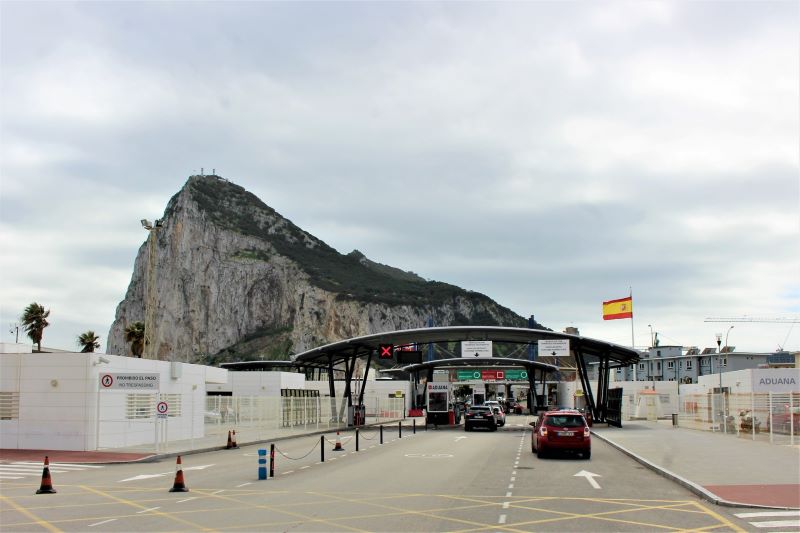 Crossing into Gibraltar by car was a worry Credit: Guy Percival Public Domain

EXCLUSIVE – Estepona couple wrongly implicated in insurance fraud told by lawyer to spend weekend in Gibraltar whilst things were sorted out.
A British Indian couple who settled in Estepona several years ago were turned down for residency apparently because of a problem with their private insurance.
Understandably upset, they appealed against the decision and after several weeks their lawyer advised that they had been summoned to a meeting with the National Police in Malaga City last week (September 2).
They reasonably assumed that this was to finalise matters concerning their residency application but when they arrived outside the police station their lawyer stopped them and advised them not to go in as he had discovered that if they did so, they would be arrested for alleged insurance fraud.
As they own a small property in Gibraltar which they rent out and as it was unoccupied at the time, he told them to drive straight there whilst he would arrange to postpone to interview and try to discover more.
The couple took his advice and drove to Gibraltar, worried that at any time they might be stopped, even possibly at the land border and when they arrived, he called them to say that the interview had been postponed until Tuesday September 7.
He was able to confirm that information that the National Police had received from their insurance company suggested that the couple had presented fake health insurance documents for residency although they adamantly refuted this.
The couple are not of retirement age and haven’t worked in Spain, therefore have to prove they have adequate medical insurance which they were convinced that they did.
On Monday September 6, their lawyer called them and told them that they could return home to Spain as the insurance company, which is part of a large international group, had made a mistake and had incorrectly informed the police that fraud was involved.
Since then, the appointment with the National Police has been cancelled and they await confirmation that their residency has been approved.
Thank you for reading ‘Estepona couple wrongly implicated in insurance fraud’ and remember that all articles produced by Euro Weekly News may be accessed free of charge.