Follow up to record-breaking documentary Katie Price: Harvey And Me 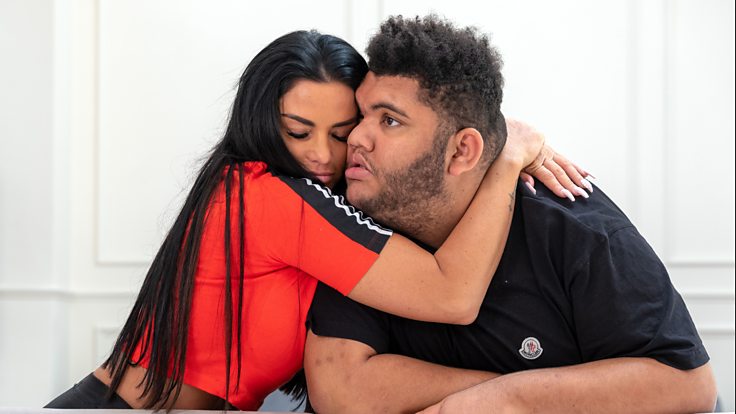 BBC One has announced Katie Price: What Harvey Did Next, a follow up film to the BBC iPlayer record-breaking documentary, Katie Price: Harvey And Me.

Harvey And Me followed Katie Price and her son Harvey, then 18, who lives with a number of complex physical and neurological conditions, as they navigated Harvey’s transition into adulthood and further away from home. Katie met other parents of disabled children and the film shone a light on the little-known issues around care provision and education for those with complex needs.

Now, in Katie Price: What Harvey Did Next, cameras will follow Katie and Harvey through six months of Harvey’s life which will see an huge amount of change. Harvey is leaving behind the school he’s attended for a decade and, after a summer with the family and a day of new experiences shadowing staff at a train company, he will embark on a challenging and exciting new chapter as a residential student of National Star College, hours from his family, that will be his home for the next three years.

Katie Price said, “The overwhelming love and support we received following Harvey And Me earlier this year was incredible. To see how so many people connected with our story and how it has helped so many families out there who are going through similar experiences has made me so proud. But Harvey’s story doesn’t end there.

“In this next documentary we will again open up our lives to viewers, as Harvey takes the next step into adulthood as he moves out of our family home. I want to show our real story about how Harvey and I cope with such a big change in our lives, and hopefully help others dealing with similar issues,” she added on September 7.

The transition to this new way of life will be a big upheaval for the family, although the highly specialised teaching and therapy Harvey will receive will lay the crucial foundations for a more independent adult life. Meanwhile, Katie must also come to terms with him being away from home, and with the progress he’s making without her. Will this separation, as painful as it may be for Katie and Harvey, ultimately be the best thing for both of them?

As Harvey and his new fellow students start to learn skills, including work experience and interacting with others in the local community. The film will explore the broader issues that all young adults face as they transition from school to college, as well as how it feels to make new friends, miss home or live more independently as a young person with additional needs.

What Harvey Did Next will be a coming-of-age story with a difference, a complex and nuanced look at the experience of being a disabled young adult; we feel every frustration, and celebrate all the joys and successes of Harvey and his new friends at National Star College, in this next chapter of the life of the Prices.

In January, Katie Price: Harvey And Me was released to huge critical and audience acclaim, gathering over five million viewers in 30 days on BBC iPlayer, and becoming the biggest BBC documentary of the period for 16-34 year olds. Critics also praised the documentary for opening up the conversation about raising disabled children. The programme has also recently been shortlisted for a National Television Award and a Grierson Award.