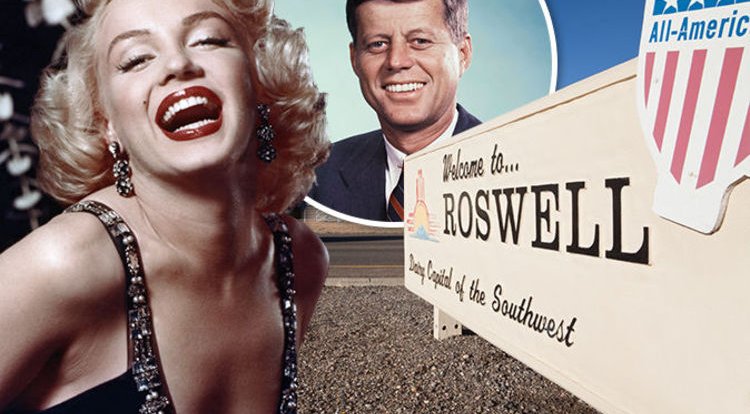 He said it was “because of her being told Government secrets… One of them being about crashed UFOs and strange dead bodies held at military bases”.

“If you look deep into the story, it does sound very much as if it was either outright murder or she was pushed into a state of depression, anxiety and stress to the point she killed herself in a driven suicide,” says Nick in the book he has written about UFOs.

Monroe allegedly had affairs with US President JFK and also his brother, Robert Kennedy, before her death in 1962, she was just 36.

The iconic Hollywood star wrote down what they told her in her diary.

Her death was recorded as a drug overdose. Nick, from Walsall, West Midlands, says a newly released CIA file on assassination tells how to disguise a killing by making someone an addict.

Marilyn Monroe was poisoned by US President John Kennedy’s BROTHER Bobby – who gave her drinks spiked with drugs, claims an ex-LAPD cop.