Andalucia is the third worst funded community in Spain 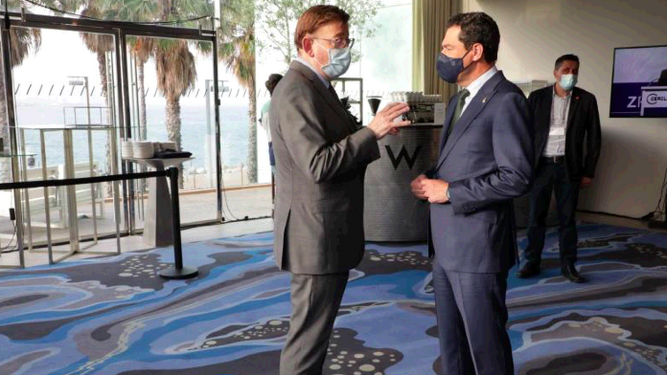 Andalucia is the third worst funded community in Spain

Andalucia is the third worst funded community in the whole of Spain.

According to a report published yesterday by the Foundation for Applied Economics Studies (Fedea), Andalucia is the third worst funded community in Spain behind Valencia and Murcia. The autonomies that have suffered from a lack of funds for years, for decades, are trying to find an agreement that will persuade the Ministry of Finance to undertake a total reform of the financing system.

The distribution of financial resources by the State tries to ensure that each autonomy receives the income per inhabitant necessary to finance education, health and social policies based on pre-agreed criteria.

Regional leaders are now demanding with meetings at the highest level to the demand of the department led by María Jesús Montero, to start working with a proposal agreed by a significant number of autonomies.

The president of Andalucia, Juanma Moreno, will soon meet with his Valencian counterpart – September 21- as reported by the head of the Andalucian Government in an interview with Canal Sur Radio.

Contacts are not only between the regions most affected by the current financing system- Andalucia has also maintained contacts with Murcia, both are on the list of under-financed regions.

The Valencian president has also agreed to meetings with the Balearic Islands and Catalonia.

The pandemic has severely affected Spain’s economy but the green shoots of recovery are beginning to show. The province of Malaga, in particular, leads the country with the lowest unemployment rate.

The government of Pedro Sanchez continues to adhere to the EU’s requirements to procure access to billions in funding. The Spanish PM’s recent trip to top financial institutions in America was a renowned success and projects discussed in private meetings are now being coordinated.

The vaccination campaign reached a 70% milestone at the start of September and most restrictions that were hindering the tourist and hospitality sectors comeback have now been lifted- Spain as a major tourist destination is back! RH