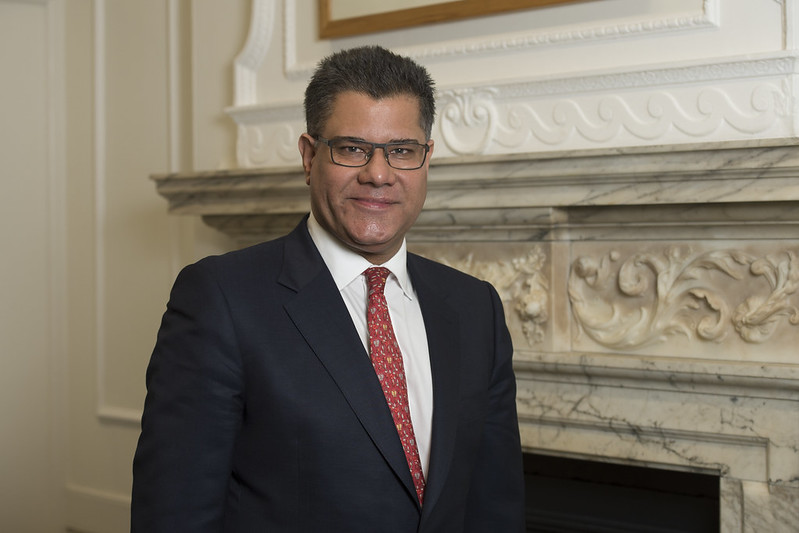 Alok Sharma has completed constructive talks with Special Representative Xie Zhenhua during his first visit to China as COP26 President-Designate.

With less than two months to go before the UK hosts the crucial UN climate change conference, COP26, Mr Sharma travelled to Tianjin for two days of discussions, to accelerate action ahead of the Glasgow summit.

The COP26 President pointed to recent warnings from the Intergovernmental Panel on Climate Change, which China is party to, as evidence that all countries needed to pick up the pace and take urgent action over the next decade to deliver on the Paris Agreement and pursue efforts to keep global temperature rise to 1.5C. This is a message he has been taking around the world over the past eight months.

During a series of meetings with Special Representative Xie Zhenhua, the pair discussed President Xi Jinping’s commitments to achieve carbon neutrality by 2060, peak emissions before 2030 and reduce China’s use of coal. Mr Sharma welcomed China’s intention to outline detailed policy plans to meet these, following on from commitments made at the G20 for countries to publish enhanced Nationally Determined Contributions ahead of COP26.

They discussed opportunities for China to go further and build on its world-leading position as the largest investor in renewable energy, and the largest domestic market for zero emission vehicles. The COP President Designate also highlighted in discussions how China could demonstrate global leadership by ending overseas coal financing. The pair also discussed the vital importance of protecting nature and China’s presidency of CBD COP15.

The COP President and Special Representative also discussed the detailed Covid measures to hold a safe and secure event in Glasgow, which was welcomed by the Chinese delegation.

During his visit Mr Sharma met other senior ministers virtually including Chinese Vice Premier Han Zheng, as well as the Governor of the People’s Bank of China Yi Gang and UK and Chinese business representatives to encourage greater ambition for decarbonisation and participation at COP26.