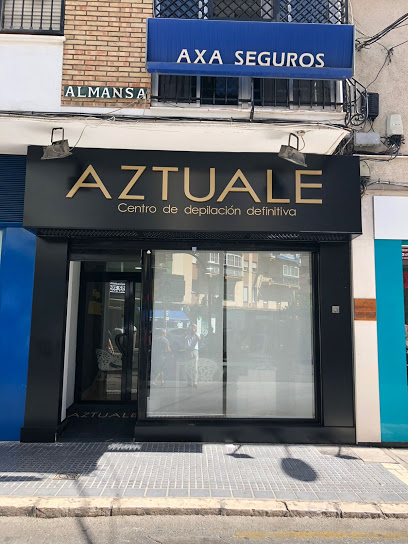 A Coste del Sol based hair removal company has suddenly closed its centres in Malaga and Marbella, leaving the treatments, already paid for, unfinished.

The Aztuale laser hair removal clinic has closed- without prior notice- and left more than a hundred clients in Malaga and Marbella with the treatments, which they had already paid or with pending deadlines, unfinished.

The company had three centres in the province, in Malaga capital, in Marbella and Fuengirola. Recently, the Marbella and Malaga centres ceased their activity without previously informing their clientele, who found that the blinds had been pulled down and the telephones switched off overnight.

According to reports, when the business located in the Malaga capital closed, the clinic offered some of its users to continue the service in Marbella, which also ended up closing shortly after.

The only online presence of the company that could be found is a Facebook page and a couple of Instagram accounts which is full of comments from clients denouncing the company for fraud.

“From October when I decided to take their services until June they were treating me correctly, in June was when they treated me for the last time and I was surprised that they did not give me the next appointment.

“When I returned from my vacation I wrote to them via WhatsApp and they no longer arrived. I decided to go to the clinic and I found that it was closed “, a former client, Susana, explained to La Opinion de Málaga, explaining she had paid 576 euros for two years of sessions in the centre of the capital.

“They closed without warning from one day to the next. They left me without the service and paying for it,” she added.

There are more than a hundred clients who paid amounts ranging between 100 and 800 euros and like Susana, some have already filed a criminal complaint, others are going to the National Police and are also filing a collective complaint.

“After it closed in Malaga, they did not communicate with me,” says Daniel, another client, who had been in the clinic for three years with a treatment of 18 waxing sessions that he has not been able to complete and for which he paid 868 euros in cash.

“Normally they would give you an appointment just when you finished the session for two months, the last day was the only one they didn’t give me. After two weeks we realised that it was as if they didn’t exist, that they were gone,” she said.

When checking through social networks that the centre of Marbella seemed to be active and open, Daniel decided to approach the clinic to ask for explanations, discovering that it was also closed. So he decided to seek advice from Facua, the consumer rights group in Spain, which has already dealt with several queries about the alleged Aztuale fraud.

According to the president of Facua in Malaga, Lola García, the company has not been declared bankrupt, although a change of administrator and sole partner appears in the commercial register on June 2. García said the Consumers Union they have so far answered more than 20 queries in this regard.

The president of Facua clarifies that the first thing they should do is contact the company in writing, specifically, at the address that appears in the treatment contract.

“The ideal would be a burofax. If it is a lot of money it is worth it to be a burofax, otherwise, a registered letter with acknowledgement of receipt would be enough,” he points out.

In case of having paid in cash, the client has to go to the company, demanding that they either provide the contracted services or return the corresponding money for the services that remain to be received.

However, if they had already paid for the treatment, “they could send a copy of the claim that they have made to Aztuale to the financial institution and request the suspension of the remaining appointments because they are not receiving services,” said Lola García, president of Facua in Malaga.

The president of Facua predicts several possible scenarios for this clinic. On the one hand, that another brand buys this clinic and takes over the contracts already signed and, on the other, that it enters bankruptcy.

“In this case, if there is a bankruptcy declaration, those affected would have to go to the corresponding bankruptcy court saying that Aztuale owes them money and prove it,” she added.