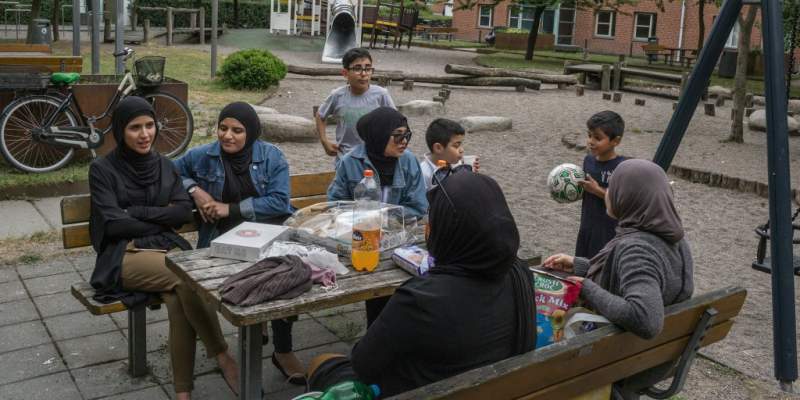 Denmark has proposed forcing migrants to work 37 hours a week to earn welfare benefits because ‘there are too many, especially with non-Western backgrounds, who do not have a job’.

The proposal by the minority Social Democratic government, a traditionally left-wing administration that has adopted right-wing anti-immigration policies, would require migrants who have been on benefits for at least three years to find work.

It said the programme was necessary because many women of foreign descent do not work, especially those with roots in the Middle East, North Africa, Afghanistan, Pakistan and Turkey.

‘If you come to Denmark, you have to work and support yourself and your family. If one cannot support oneself, one must have a duty to participate and contribute what is equivalent to a regular working week to receive the full welfare benefit,’ stated the proposal.

Six out of 10 women immigrants who arrived from the Middle East, North Africa and Turkey do not participate in the Danish labour market, revealed a Danish government report.

The proposed plan states it aims to integrate 20,000 people by forcing them to find some form of work, through local government ‘labour exchanges’.

“It could be a job on the beach picking up cigarette butts or plastic… (or) helping to solve various tasks within a company. The most important thing for us is that people get out of their homes,” said Danish employment minister Peter Hummelgaard.

No date has yet been set for the 179-seat parliament to vote on the proposal. Although the Social Democrats do not have a majority, they would likely get support from centre-right lawmakers to pass it.

Mai Villadsen, a lawmaker with the opposition Red-Green Alliance, called the idea “foolish.” She argued that it could lead to downward pressure on the wages of other workers.

“The foundation of our welfare society is a strong safety net,” Villadsen wrote on Twitter.

Mirka Mozer, head of a Copenhagen-based organization that helps immigrant women get jobs, said to her, the plan didn’t sound ambitious enough.

“We have lots of women who are willing to take jobs, including jobs that are 37 hours (per week), but there needs to be more 37-hour jobs,” Mozar told The Associated Press.