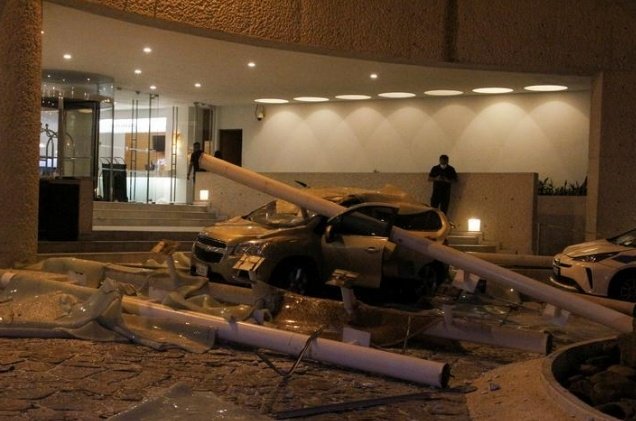 One person has died in a 7.1 magnitude earthquake in Mexico after a pole fell on him.

One person has died when a utility pole fell on him during a powerful 7.1 magnitude earthquake in Mexico.

Tourists in a nearby resort city needed to be evacuated from their hotels as the powerful earthquake shook Acapulco, Guerrero state.

The earthquake could be felt up to 200 miles away in Mexico City, with the and buildings shaking for over one minute.

Hillsides shook in the famous city of Acapulco as trees and large boulders fell onto roads.

Power cuts and gas leaks were reported in various parts of the city.

“We heard a loud noise from the building, noise from the windows, things fell inside the house, the power went out’ said Sergio Flores, a resident of Acapulco.

“We heard leaking water, the water went out of the pool and you heard people screaming, very nervous people.”

Mr Flores said he hugged his wife as he saw people leaving hotels and running to parking decks to remove their vehicles, fearing it may collapse.

“We were all worried about some change in the sea, but so far authorities have not said anything about a tsunami alert,” he said.

Acapulco authorities opened sports centres for people to sleep in if they were too worried to go home.

Another tourist, Jessica Arias, also from Mexico City, said: “We were only just checking into the hotel, so we have all our things with us. They told us it’s still not safe to enter.”

Another hotel guest ran outside in just a towel: “I was taking a bath and suddenly I felt a very strong movement and then I was scared and screamed,” they said.

The National Seismological Service reported that the epicentre was measured at seven miles to the east of Acapulco.

Guerrero state governor Hector Astudillo told local television that a man was killed by a utility post that fell in Coyuca de Benitez, a small town west of Acapulco.