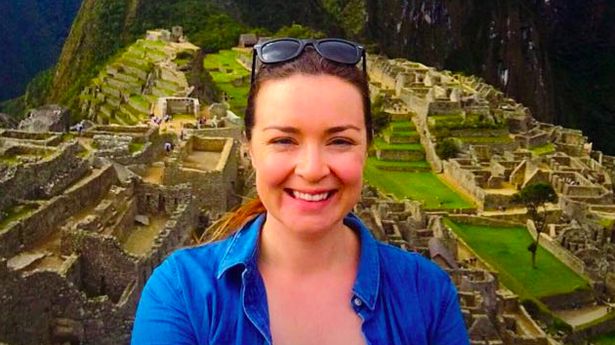 A holidaymaker was stopped from boarding a flight and told her passport had expired and she could not fly despite still having almost 15 months left on it due to confusing Brexit rules.

Kate McAleer, 35. arranged the last minute trip to Majorca to join up with best friend Mark Scally, who lives in Brighton, but rather than jetting off for a relaxing break, she found herself being escorted outside the airport.

The date on her passport shows it is valid until April 2022, but Katy said after running checks via the government website as she waited to board airport staff informed her it had actually expired in January due to a technicality.

Shocked Katy has now warned other Brits looking to travel to EU countries to double-check the validity of their passport and called on those in charge to promote the rules more clearly.

The trainee anaesthetist, from Glasgow, Scotland, questioned why she was able to get so far into the process if her passport was effectively defunct.

A Home Office spokesperson told The Mirror newspaper it is the travel company’s responsibility to ensure a customer’s travel document “meets the entry requirements” for each country and not theirs.

Thousands of United Kingdom citizens have cancelled their plans to travel to the European Union countries for months now, after being misinformed by the UK Home Office itself on the validity of their children’s passports needed for travel to the EU.

Since January 1, 2021, all UK nationals are considered third-country citizens to the EU, and as such, they need to comply with different entry rules when travelling to the EU than before.

Among the main rules for entering the EU as a British national now is having a passport that is valid according to the EU rules. For a passport to be valid, it must meet the following criteria:

These rules are often misunderstood and confusing for many.

To make it easier for UK citizens, as well as for nationals of other third countries, VisaGuide.World has created a tool that enables one to check if his/her passport has enough validity for travel to the EU in three simple steps.

The traveller only needs to select the date of his/her passport expiration, the date of the planned trip to the EU, and return to the UK.

The checker then will generate three different answers:

*The reason behind the second answer is that EU border guards sometimes refuse entry to travellers who have less than six months of validity in their passports at the time they enter the EU if they doubt that the traveller will not leave the EU on the date they claim they will.