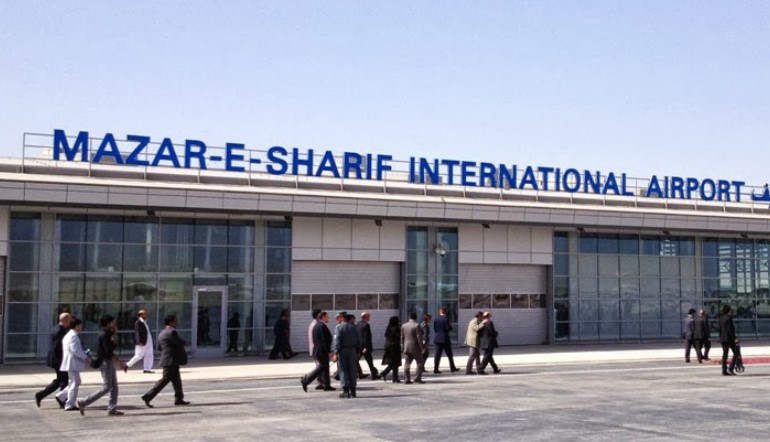 According to military lawyer and retired Marine Eric Montalvo, the US State Department was responsible for the situation that resulted in several aircraft containing evacuees – including some American citizens – being prevented from leaving the Mazar-i-Sharif airport in Northern Afghanistan.

Mr Montalvo had reportedly been involved in organising some of these privately paid for charter flights, and he has now apparently passed his communications over to Fox, today, Tuesday, September 7, claiming the US government blocked his attempt to rescue stranded American citizens.

When Michael McCaul, the top Republican on the U.S. House Foreign Affairs Committee, first broke the news last Sunday, September 5, during an interview with Chris Wallace, on Fox News, it was believed that the Taliban were behind this incident.

In complete contrast to what Joe Biden had assured, that the government would do everything in its power to help Americans get out of Afghanistan, the leaked emails allegedly show State Department officials denying My Montalvo’s flights access to land at any of its overseas US airbases, with one email, dated September 1, reading, “No independent charters are allowed at Al Udeid Air Base in Qatar“.

It continues, “In fact, no charters are allowed to land at any [sic] DoD base and most if not all countries in the Middle Eastern region, with the exception of perhaps Saudi Arabia, who will allow charters to land”, with the official suggesting that Mr Montalvo should look to different destination countries for help.

The email even allegedly states,”‘And it can’t be the U.S. either. Once you have had discussions with the host/destination country and reached an agreement, they may require some indication from the US government that we ‘approve’ of this charter flight”.

A report by the New York Times claimed that dozens of American citizens were among up to 1,000 people who for the last week had been at Mazar-i-Sharif airport, and last Sunday 5, Reuters news agency had reported that he delay was the result of Taliban leaders not being informed by the Biden administration that the flights had been approved.

During a briefing on September 2, Ned Price, a State Department spokesman, had said the US no longer controls Afghan airspace, dismissing the notion that the US government could be in any position to deny or grant aircraft clearance from any airport in the country, “The misimpression that is out there that we are preventing or even the idea that we could prevent a charter flight from taking off – that is simply untrue. We could not and we are not”.

Jen Psaki, the White House Press Secretary, on September 2 also said, “Anyone who’s suggesting we are preventing these flights, that’s not accurate. We couldn’t prevent a charter flight from taking off”, but continued to say that the US government didn’t have any reliable means of confirming who was in control of organising flights out of the country, nor the status of anybody who might be on board, as reported by dailymail.co.uk.