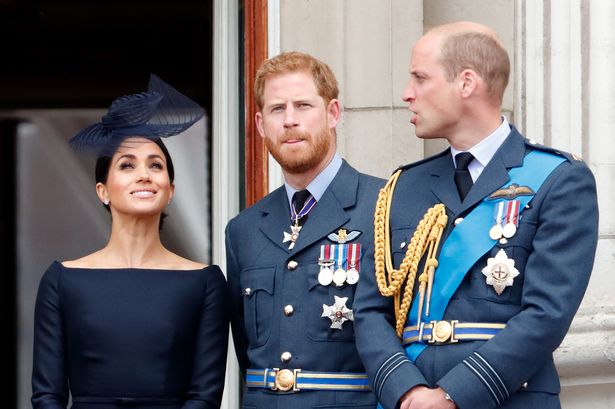 An explosive book about Meghan Markle and Prince Harry sensationally reveals the truly fractured relationship that exists between the couple and the Monarchy.

The brothers’ reported rift is said to have been sparked back in November 2017 when Prince William took Prince Harry aside and uttered the words that made him go ‘ballistic’, according to the new biography- Finding Freedom

Finding Freedom, written by Omid Scobie and Carolyn Durand, thrust the Royal Family into the spotlight once again and handed out fresh embarrassment to the fiercely guarded private Palace walls.

The bombshell book lifted the lid on the 35-year-old prince’s relationship with his brother William, 38, which seemingly began to take a dramatic downturn when Harry and Meghan became engaged in 2017.

It is no secret the brothers haven’t always seen eye to eye over the past few years, with Harry admitting to friend and ITV news presenter Tom Bradby in a documentary last year: “we’re certainly on different paths”.

“Part of this role and part of this job, and this family, being under the pressure that it’s under, inevitably, you know, stuff happens.

“We don’t see each other as much as we used to because we’re so busy, but you know, I love him dearly. The majority of this stuff [in the press] is created out of nothing, but you know, as brothers, you know, you have good days, you have bad days,” said Prince Harry.