Protests planned over the removal of more Benalmadena road lanes 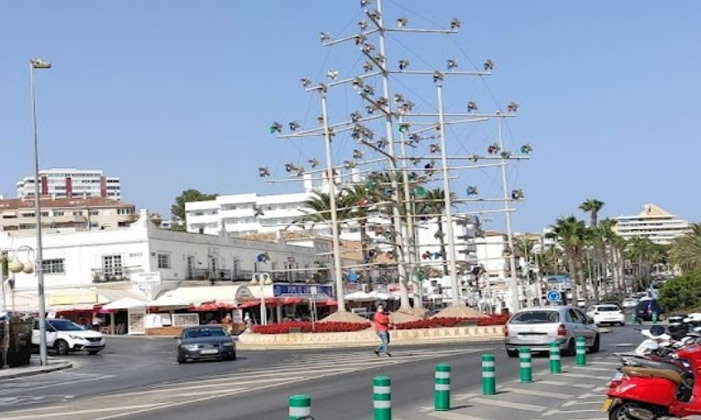 Residents of Benalmadena and the surrounding areas have called for a motorised demonstration this coming Sunday, September 12, starting from the Los Molinillos roundabout at 11 am, from where they intend to drive their vehicles along the coastal road to the Flatotel roundabout and Plaza Solymar, with the objective of showing their rejection of the elimination of a traffic lane on the coast.
The organisers claim to be “neighbours, parents, working people and very normal people, who are not linked to any political party or ideology, only motivated by the defence of common sense and the welfare of all”.
The measure has been taken following the decision of Benalmadena Town Hall to remove a lane of traffic in the Avenida Antonio Machado last May in the interests of sustainability, and the protesters point out that the decision was taken “unilaterally, and without taking into account the opinion of the residents”.
They denounce a similar action in Avenida Alay, which has created “a funnel in Puerto Marina”, and the Consistory’s plan to “eliminate the median with its more than 200 palm trees” in Avenida Antonio Machado.
Their demonstration has been called “against the removal of the traffic lanes on Avenida Antonio Machado, and Avenida Alay, in order to prevent our coastline from becoming a gigantic traffic jam, affecting the various arteries throughout the municipality such as the descent from Benalmadena Pueblo, Arroyo de la Miel, and La Leala”.
“Since the creation of the single lane, we have seen a total degradation of the image of Benalmadena, and we want to stop this nonsense”, they pointed out in a letter, indicating that “we want to be able to get to our jobs, take our children to their schools, to their sports clubs, or do the shopping wherever we want in this municipality, without having to get into endless traffic jams”.
Later, at 12.30pm there will be a rally in front of the Casa de la Cultura in Arroyo de la Miel, where they will record “videos for social networks and create our own Tiktok movement #NOALCARRILUNICO”, as reported by malagahoy.es.