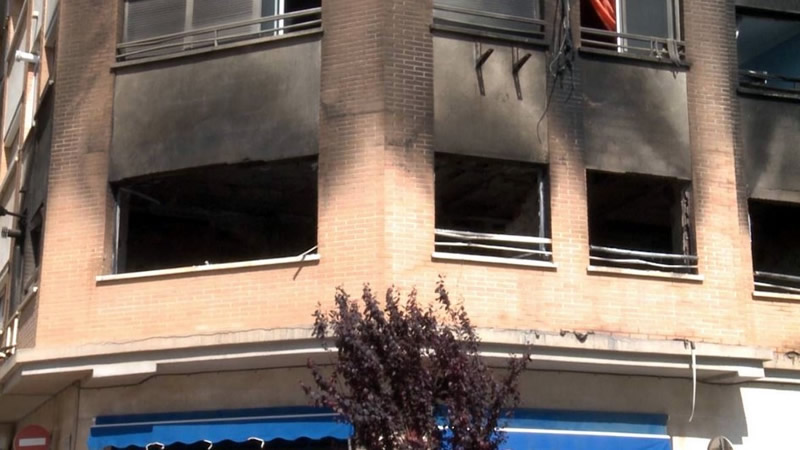 Sevilla man burns out his ex-girlfriend's home after threatening her on Whatsapp.

According to the indictment of the Prosecutor’s Office, a man allegedly sets his girlfriend’s house on fire in Calle Alejandro Collantes street in the Nervion neighborhood of Sevilla, after threatening her on WhatsApp, after which the house was completely burned, and now the case goes to trial on September 20 and 21, in the Seventh Section of the Sevilla Court.

In court documents obtained by El Mira, the accused is Jose Diego GS, who had a sentimental relationship with the victim for about six months, both living together at her home on Calle Alejandro Collantes in the Nervion neighborhood of Sevilla.

“During this period, the relationship was broken off several times by the victim, although it was resumed at the request of the accused”, says the Prosecutor’s Office, adding that on September 12, 2019, the woman “definitively broke” the relationship with Jose Diego GS, leaving her own home, before which the defendant “sent numerous messages and calls” to the victim demanding to resume their relationship, to which “she refused”.

The defendant allegedly “insulted and threatened” his ex-partner, which led to preliminary proceedings by Court No1, for Violence against Women, and then on September 17, the accused sent a message to the woman via WhatsApp, suggesting that “hopefully” she had “fire insurance”.

According to the Prosecutor’s Office, some hours later, at dawn on September 18, “he sent a new message, with the following warning, ‘Your apartment is burning today'”, adding, “The accused carried out his threats, and on the afternoon of September 18 caused two sources of fire, one on each sofa in the living room of the house, which immediately spread throughout the house”.

As a result of the fire, which was eventually extinguished by firefighters, the victim’s house was “totally burned”, with damages valued at €36,461, with the flames and smoke affecting common areas of the apartment building, and damaging the doors of other homes, as well as two neighbours being admitted to the Virgen del Rocio hospital where they were treated for smoke inhalation.

Given the case, the Prosecutor’s Office accuses Jose Diego GS of a crime of arson, requesting a sentence of eleven years in prison, plus the prohibition of approaching the victim or communicating with her for a period of 12 years.