Two babies discovered switched at birth in Logroño hospital in 2002 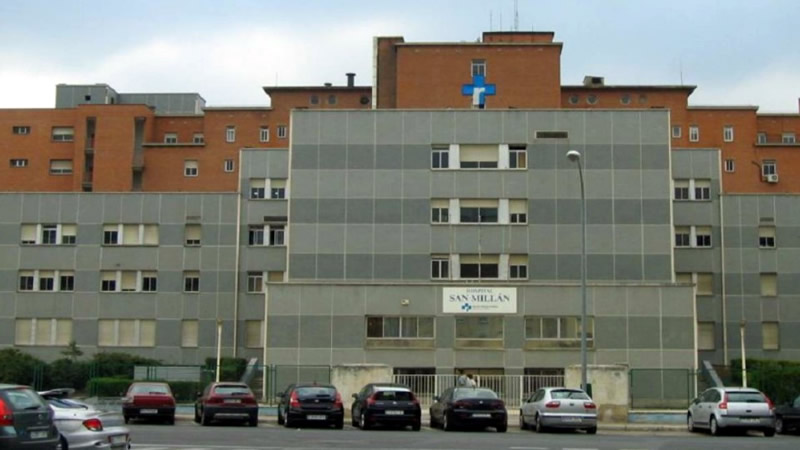 IT HAS been discovered that two baby girls were switched at birth at a hospital in Logroño in 2002, and one of them is now suing La Rioja Health for €3 million

The extraordinary story of two baby girls that were mixed up at birth has come to light via an article published by journalist Luis Javier Ruiz, from Diario La Rioja, who reveals how, in 2002, at the now-closed Hospital San Millan de Logroño, two babies who were born five hours apart, both underweight and placed into incubators, were subsequently removed and handed to the wrong parents.

This crossing of lives led one of them to live in a structured family, and the other to be cared for by her grandmother, who was the person who unknowingly initiated the process that would uncover the tragic mix-up, when she filed a lawsuit against the girl’s father in 2017 accusing him of neglect.

During the DNA testing that followed, it was discovered that the man was hot the biological father of the girl, and a further test carried out determined that his wife was also not the girl’s biological mother.

At this time, the girl was aged just 15, but she became determined to find out the truth about her past, which led to an investigation at the La Rioja Ministry of Health that eventually determined that there was only one other baby that could have been exchanged by accident, born with similar characteristics and on the same date.

A filiation procedure was launched by the Prosecutor’s Office and this young woman, who is now 19 years old, is awaiting the result of a DNA test of her biological father, but she is claiming compensation of more than €3 million from Health for moral damages, and the Ministry is offering her just over €200,000 because it considers that there is no causal link in this exchange of babies and considers that it is not unlawful.

The Regional Ministry of Health of the Government of La Rioja states that it is “a case that happened two decades ago, and that was brought to court during the last legislature”, which, according to the regional minister, Sara Alba, they are committed to “resolving the proceedings, and respecting the judicial procedure”.

She concluded, “A pertinent investigation has been carried out that shows a human error occurred. We have not been able to know who, and it is evident that the systems that were previously available were not computerised in as much detail as now”, as reported by cadenaser.com.