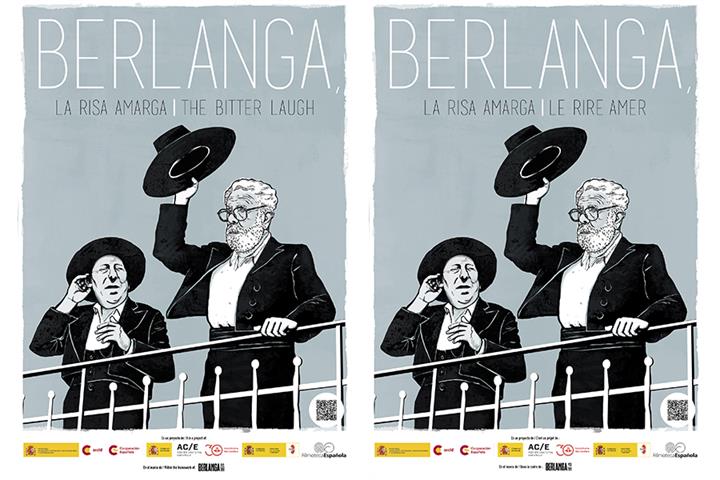 The “Berlanga, la risa amarga” (Berlanga, the bitter laugh) cycle is made up of eight films and will travel around the world in autumn. The exhibition is accompanied by a notebook in which current filmmakers such as Fernando Trueba, Chus Gutierrez and Alexander Payne present each film.

The ICAA (Cinematography and Audiovisual Arts Institute), in collaboration with the Instituto Cervantes, Accion Cultural Española AC/E and the Spanish Agency for International Development Cooperation (AECID) are launching “Berlanga, la risa amarga”, a cycle whose aim is to bring the work of the Valencian director to cinemas in cultural centres and film libraries around the world. The exhibition, which is made up of eight films, covers five decades of Luis Garcia Berlanga’s work, from his beginnings as a film student with El circo (1949) to La vaquilla (1985).

Although some of the films have already been screened at venues such as the Transylvania International Film Festival, the exhibition will strengthen its presence from September 24, when it can be seen at the Spanish Cultural Centre in Panama. After this stop, it will travel throughout the autumn to Luxembourg, Tunisia, Bolivia and Beijing, among many other places.

The cycle includes a handbook with texts written by current filmmakers that contextualise the selected films. The booklet is opened by Chus Gutierrez, who writes about El circo, an 18-minute short film that García Berlanga directed in 1949 during his stay at the Instituto de Investigaciones y Experiencias Cinematográficas. For her part, Ines Paris reviews Esa pareja feliz (1951), a film recently restored by Filmoteca Española whose end of production date, October 6, has been chosen to celebrate the Day of Spanish Cinema. Nor could Bienvenido, Mister Marshall (1953) be left out, “a bitter satirical comedy”, as Maria Cañas defines it, who vindicates Berlanga’s films as “a breath of fresh satire: caustic, sardonic, irreverent, iconoclastic, unique”.

On the other hand, while Mar Coll writes about Calabuch (1956), Fernando Trueba writes about Placido (1961), in a text where he assesses the possible reasons that have prevented Berlanga’s international recognition and which coincides with Alexander Payne’s reflection on this question in his text on El verdugo (1963). The exhibition is completed by Patrimonio Nacional, a 1980 film about which Miguel Albaladejo talks, and La vaquilla (1985), in whose review Borja Cobeaga vindicates humour as a way of approaching reality.

In addition to accompanying the exhibition in printed format, the booklet is available digitally for download on the websites of Filmoteca Espanola, ICAA, Instituto Cervantes, Accion Cultural Española AC/E and AECID.