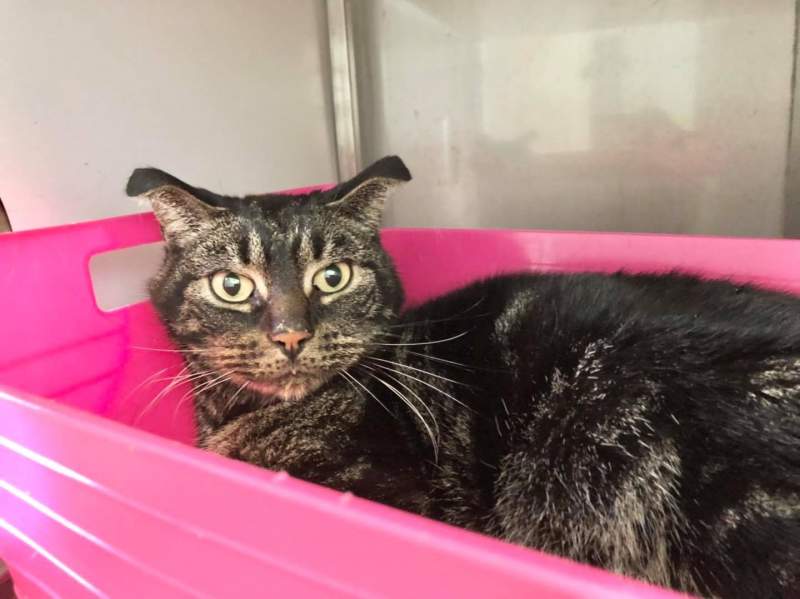 Cat miraculously survives 52 days alone locked in an abandoned house in the Dutch town of Vlaardingen.

One lucky cat has managed to survive and be rescued after a staggering 52 days being locked in an abandoned house. He was left with no signs of food and ended up eating paper. He struggled to find water as non appears to have been left for him either.

When the new owners who had bought the house by auction made their first trip to the property they were shocked when they opened the front door to discover a malnourished cat rushing past them in a bid to escape from the property.

Animal Shelter Vlaardingen rushed in to help and were able to catch the cat and began an investigation. They discovered that the former owner had disappeared early in July and that the cat had had to fend for itself since then.

No one knows if the animal’s former owner had planned to come back for him but according to the animal shelter they were not able to discover any trace of food having been left behind for the poor animal.

Luckily though the cat was somehow able to find water and it is thought that this could have come from a leaky tap somewhere in the property. The cat has been called Finn and although he is traumatised and is shy and fearful of people he is expected to make a full recovery. It is hoped that soon Finn will be put up for adoption.

“We hope Finn improves. You always have to be careful with that after such a long time, but he seems to be healthy,” said Dik Nagtegaal of the Animal Protection Society.

“Finn is making small steps forward, he weighed 2.6 kilos last week and already 3 kilos today. He gets food several times a day to strengthen him.”