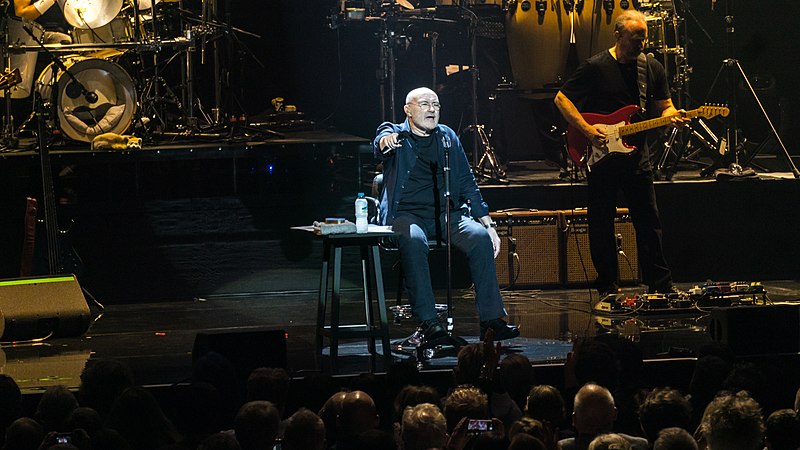 Phil Collins went on BBC Breakfast this morning, September 9, to talk frankly about his declining health.

Eighties pop icon Phil Collins went on BBC Breakfast this morning, September 9, to talk frankly about his declining health, saying he can “barely hold a drumstick”.

Collins, 70, gave a frank insight into how his declining health is affecting his life during the interview.

The Genesis singer, according to the Mirror, has been suffering with his health for 15 years, including a damaged vertebrae in his upper neck which has led to severe nerve damage.

Collins talked about how his health has restricted his ability to perform and he is unable to join his son on stage playing the drums. However, he is carrying on with his tour.

“I’m kind of physically challenged a bit which is very frustrating because I’d love to be playing up there with my son,” he said.

When asked: “Are you able to do any drumming at all these days?”

He replied: “No. No, I would love to but, you know, I mean I can barely hold a stick with this hand, so there are certain physical things that get in the way.”

The iconic singer was then asked: “You said that putting it to bed is what this tour is.”

Collins replied: “We’re all men of our age, and I think to some extent, I think it probably is putting it to bed.

“I think yeah, I think just generally for me, I don’t know if I want to go out on the road any more.”

The ‘Easy Lover’ singer had surgery in April 2009 for a dislocated vertebrae in his upper neck, an injury that was sustained during the 2007 Genesis tour.

He lost feeling in his fingers and could only use a drumstick taped to his hand after the operation.

During 2010, he was battling with depression that led him to consider suicide, however, he said he didn’t go through with it because of his children.

Collins still couldn’t play the drums properly in 2014 because of a nerve problem that went undiagnosed.

A spinal operation in 2015 didn’t help the issues and he revealed he was still not able to drum with his left hand the following year.

This all came to a head when he was rushed to a Swiss hospital with acute pancreatitis.

In 2017, Phil announced that he is a type 2 diabetic and had received treatment with a hyperbaric chamber after developing an infected diabetic abscess on his foot.

He was then forced to cancel his comeback tour after a fall on the way to the bathroom which left him with a severe cut near his eye.