Predictions for the coming season 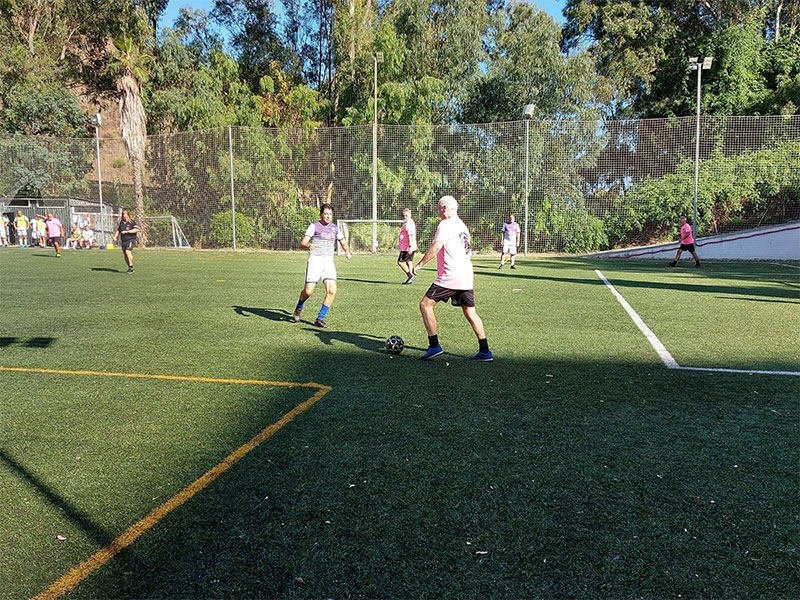 WALKING FOOTBALL is preparing for the start of the HIDROMASTER South of Spain Leagues and the Costa Blanca League. The friendlies are over, with dates now set for the first matches.

A quick reminder from last week Malaga A and B teams will entertain Nerja A and B teams with Atletico Benahavis hosting The Walking Dead on Tuesday September 28. Nerja have organised a coach to transport the team and supporters. Still some seats for sale at €5 with a 7.45am departure.

Opening Fixtures in the B League are:

For Results, Fixtures, Dates and Match Reports of all HIDROMASTER South of Spain League – Make sure you pick up your copy of the Euro Weekly News every week… the Walking Football paper.

With tongue in cheek your EWN correspondent attempts to predict each team’s fortunes for the coming season.

League A this week… League B next week.

Aston Viñuela. Topped the ill fated ‘Covid’ League and current League Cup holders. Changed management mid close season with Julien taking over the reigns. Limited number of players due to location and it remains to be seen if fielding a B team will weaken the first team efforts to emulate their predecessors. MID-TABLE

Atletico Benahavis have threatened to challenge the ‘fancied teams’ without success to date. Recent friendly defeats at home to Malaga and the Walking Dead may be an indication of what their challenge will be this coming season.

Manager Tony Cifaldi will be out to prove otherwise. Another club affected by fielding a B team rather than fielding their strongest? FINISH 4th

Malaga have always been up there with the favourites. With new signings and a large squad to choose from, without a doubt they will be there or thereabouts when the League Trophy is handed out at the end of the season. Manager Gray Salt is confident his new signings will surprise quite a few and current England trialist brother Ian always reliable for a few goals. FINISH 2nd.

NERJA dark horses are another club to change management mid close season and little is known about the new management, so difficult to assess their chances. Big membership and ambitious. League members for almost two years, yet this will be their first competitive action. Expecting a big following to support the team away to Malaga in a difficult first fixture. Have also entered a team in the B League. FINISH 5th.

Walking Dead. The ‘Top Secret’ team who release little information preferring to reserve their efforts for the action on the field. Covid didn’t do them any favours in the last ‘covid’ league leaving them at the bottom, though with games in hand.

Manager Martin Teague has been working hard with his players during recent sessions and they are undefeated in their preseason friendlies.

Labelled ‘aggressive’ by some it will be interesting to see if their sessions will bring about a ‘new ‘ Walking Dead. FINISH 1st.