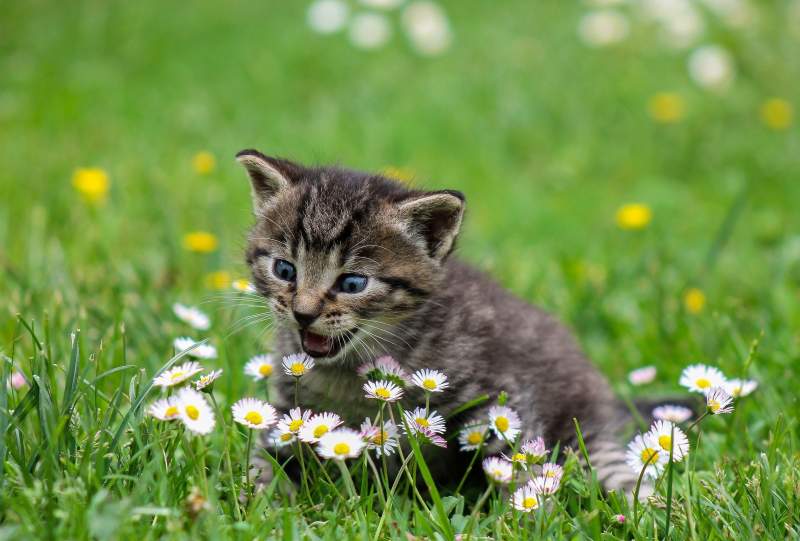 “Compared to dogs, less is known about the behaviour and personality of cats, and there is demand for identifying related problems and risk factors. We need more understanding and tools to weed out problematic behaviour and improve cat welfare. The most common behavioural challenges associated with cats relate to aggression and inappropriate elimination,” said doctoral researcher Salla Mikkola from the University of Helsinki and the Folkhälsan Research Centre.

In a questionnaire designed by Professor Hannes Lohi’s research group, personality and behaviour were surveyed through a total of 138 statements. The questionnaire included comprehensive sections on background and health-related information. By employing, among other means, factor analysis to process the data, seven personality and behaviour traits in all were identified.

“While the number of traits identified in prior research varies, activity/playfulness, fearfulness and aggression are the ones from among the traits identified in our study which occur the most often in prior studies. Litterbox issues and excessive grooming are not personality traits as such, but they can indicate something about the cat’s sensitivity to stress,” Mikkola adds.

Differences in the prevalence of traits seen between breeds

In addition to individuals, clear personality differences can be found between breeds. In other words, certain personality and behaviour traits are more common among certain cat breeds.

“The most fearful breed was the Russian Blue, while the Abyssinian was the least fearful. The Bengal was the most active breed, while the Persian and Exotic were the most passive. The breeds exhibiting the most excessive grooming were the Siamese and Balinese, while the Turkish Van breed scored considerably higher in aggression towards humans and lower in sociability towards cats. We had already observed the same phenomenon in a prior study,” said Professor Hannes Lohi from the University of Helsinki and the Folkhälsan Research Centre.

The researchers wish to emphasise that no pairwise comparisons between breeds were carried out at this juncture.

“We wanted to obtain a rough idea of whether there are differences in personality traits between breeds. In further studies, we will utilise more complex models to examine factors that affect traits and problematic behaviour. In these models, we will take into consideration, in addition to its breed, the cat’s age, gender, health and a wide range of environmental factors,” Mikkola said.

Feline behaviour and personality can be studied, for example, through questionnaires aimed at cat owners. Such questionnaires can measure feline behaviour in the long term and in everyday circumstances, which is impossible in behavioural tests. Furthermore, cats do not necessarily behave in test settings in a way typical of themselves. Due to their subjective nature, the reliability of the questionnaires must be assessed before the data can be exploited further.

“Internationally speaking, our study is the most extensive and significant survey so far, and it provides excellent opportunities for further research. The reliability of prior feline behavioural questionnaires has not been measured in such a versatile manner, nor are they as comprehensive as this one. Establishing reliability is key to making further analyses worthwhile and enabling the reliable identification of various risk factors,” said Lohi.

“By comparing the responses, we noted that the responses provided for the same cat were very similar, while the personality and behaviour traits were found to be reproducible and reliable. We also examined the validity of the questionnaire or whether it measures what it intended to measure. In these terms, too, the questionnaire functioned well,” said Mikkola.

The research conducted by Lohi’s group will make it possible to identify genetic, environmental and personality factors relating to problematic feline behaviour.