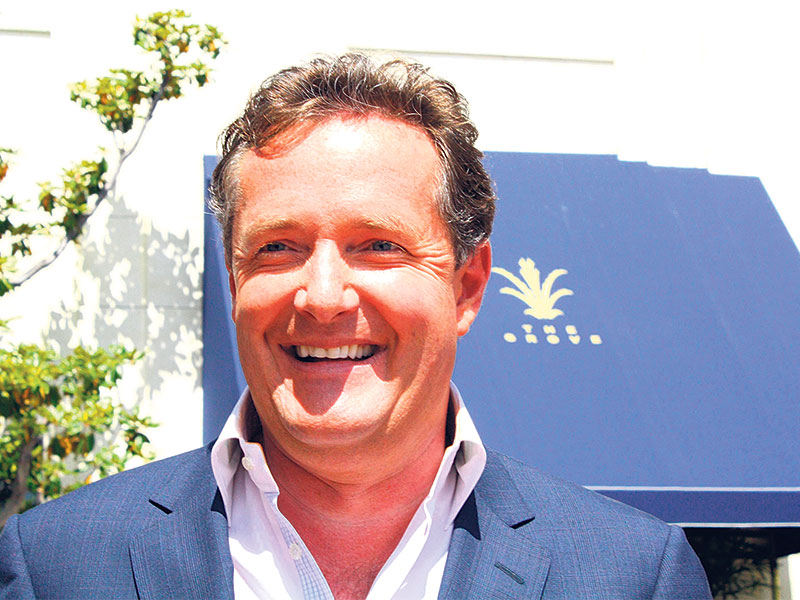 Well, I’m sure it will come as no big surprise that I was delighted with the outcome of the Piers Morgan Ofcom enquiry. As an ardent exponent of the freedom of speech, and lucky enough to contribute to a publication of similar leanings, the favourable result of the Morgan/Markle affair, was not only a triumph for common sense, it was a victory for all those who believe that, irrespective of who you are, and provided it doesn’t cause unnecessary suffering to others, you should be able to air any opinions you so desire.

Of course, this awful woman won’t stop there. No doubt she will put her humiliating defeat down to the biased British hierarchy protecting their monarch. This view in itself is of course offensive, but as I believe we only judge others by our own behaviour, I think this just about sums up the attitude of this wholly unpleasant young lady.

What I also found most interesting was that there were some 57,000 dissenters who wrote in complaining about the programme – a figure that the BBC revelled in; but many thousands more on social media ‘liked’ the final outcome.

It goes to prove that it is generally those who don’t agree with an opinion who tend to make the most noise. The majority, who do concur, are more likely to simply nod to themselves, poke a button on their PC and be quietly thankful that some common sense still prevails.

I do however, sometimes wish the majority would make themselves a little more explicitly responsive, after all with the overall lack of public positive agreement, the disillusioned minorities are often of the opinion that they are in fact the actual majority. Time they were unwoken up! Stop being the silent majority OK? Make some noise. How can we stamp out racism in the game, wail the football big shots?

Well, in my opinion the first thing they should do is ban the taking of the knee. I do wholeheartedly agree that the recent racist behaviour at the Hungary/England football match was totally unacceptable.

However, knowing Hungary’s record of racism, particularly among its football fans, would it not have made more common sense to have just dropped this controversial ritual, for this one game at least? Anyone with half a brain should have realised that blatantly paying homage to a fascist anti-white organisation (BLM) at the beginning of the match would be like showing a red rag to a bull. No wonder racism subsequently kicked off in all its repugnant glory.

A few weeks ago I wrote that the true effects of the Covid vaccinations would not be known until we had experienced the passing of real time. I took some quite heavy stick for that particular assessment.

A number of letters accused me of ‘Irresponsibly spreading fear, particularly among the young’ etc. Imagine my surprise, when this week the government announced they were not recommending the vaccinations for children between the ages of 12 and 15. Funny that!