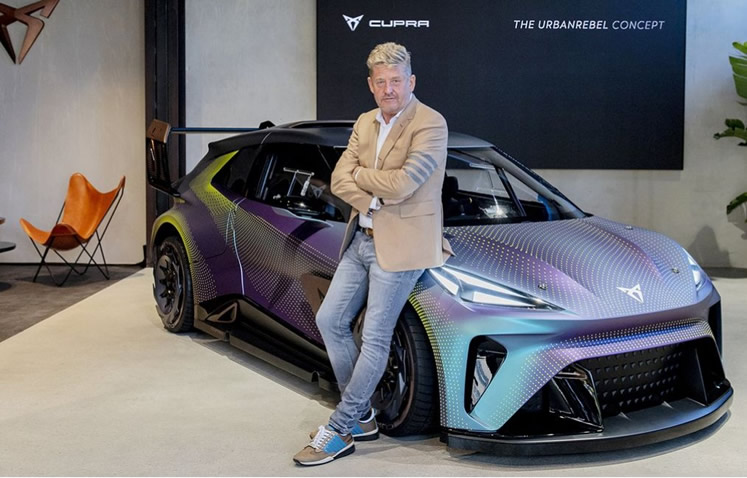 Cupra announces its intention of being a 100 per cent electric brand by 2030. image: cupra

Wayne Griffiths, CEO of CupraCupra, during the inauguration of the Cupra Garage in Munich on Thursday, September 9, announced forcefully that, “We have the ambition to become an all-electric brand by 2030”, as he presented the UrbanRebel Concept electric urban prototype, which previewed a future electric sports car that the brand will produce in its Martorell plant in Barcelona, and which will arrive in 2025.

In addition to being a declaration of intent, and the ratification of the promise that electrification is one of the pillars of the brand, will entail a complete remodelling of its range, and, as a rebound, this statement clearly confirms the date on which one of the company’s most iconic cars, the Leon Cupra, now called Cupra Leon, with its 300hp combustion engine, will cease to be sold.

It is uncertain whether an electric Leon will arrive in the future, but an expiration date has already been set for the 300, and 310 hp TSI engine fitted in the popular compact, as well as the Ateca and Formentor, and, incidentally, also for the eHybrid plug-in hybrid versions.

By 2025, the Cupra range will be made up of names such as Born, an electric compact that can already be configured while waiting for the first units to be delivered in November, and TavascanTavascan, a large electric SUV that will arrive in 2024, but which will not be produced in Spain.

A city car of just four metres in length will also be launched based on the aforementioned UrbanRebel Concept, which should be produced in Martorell, and hopefully reach the market in 2025, but this will not be the affordable city car that Wayne Griffiths has been promising for the last few months.

That role is purportedly reserved for a Seat version, as well as for its Volkswagen and Skoda derivatives, which will also be produced in Spain, the former in Navarra to replace the Polo, and the latter also in Martorell, and urban vehicles will be produced on a modification of the MEB platform for small electric vehicles developed by Seat.

The Cupra Born will be responsible for showing what the brand can offer in terms of electrification, with its first units already being assembled in Zwickau, Germany, of which, Griffiths says the car “will be the driving force behind the company’s transformation and the start of Cupra’s electric offensive”.

Griffiths predicts that with the Born, and thanks to the momentum of the Formentor, Cupra will accumulate “20 per cent of Seat’s total sales”, celebrating that Cupra’s growth is already exceptional, with more than 100,000 units sold since its birth in 2018, and with a turnover that will exceed €1 billion in 2021.

Not missing the opportunity to specify how both brands will approach from the arrival of the Born, Griffiths explained it will be a vehicle that “will kick-start a new distribution strategy for a different relationship with the customer. Cupra will be the brand initially focused on electrification, while Seat will focus on hybridisation and high-efficiency internal combustion engines”.

Although they will continue rowing together to complete the Future: Fast Forward plan in Spain, this change will further differentiate the range of both brands, with this project, in which they have the collaboration of companies such as Antolin, CaixaBank, Iberdrola, and Gestamp, among many others, they intend to become the engine of the transformation of the Spanish motor industry, and to remain the second-largest producer of cars in an electrified Europe, as reported by laopiniondemalaga.es.