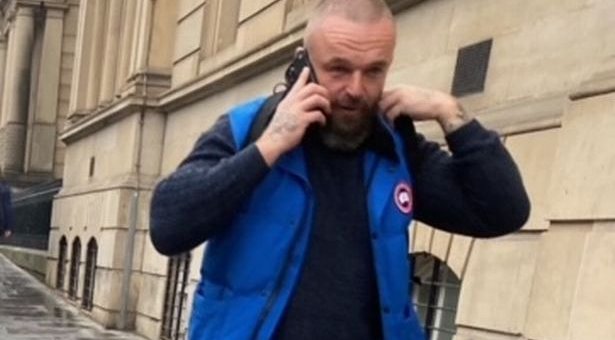 A team manager has been banned from flying with easyJet for ten years after football banter with a colleague sparked off a drunken brawl on board a flight.

Upon hearing the fracas, the cabin crew rushed to separate Sharp from his colleague Grant Reid, 30, after they came to land some serious blows on each other.

The pair had been among a group of workers heading back from Copenhagen.

Edinburgh Sheriff’s Court was told on Thursday, September 9, how tensions had been raised amongst them due to redundancies that Sharp had recently announced, according to a report from the court.

Acting for Sharp, his lawyer said the argument began as “football-related” and after “back and forth” between the men it “became more aggressive”.

Sharp, of Barrhead near Glasgow, admitted conducting himself in a disorderly manner, shouting, swearing, acting aggressively, engaging in a stand-up fight, and committing a breach of the peace.

Reid, of Glasgow’s Castlemilk area, had faced the same charge but his not guilty plea was accepted by the Crown.

Fiscal depute Karima Stewart said the flight – with around 120 passengers – had just landed at the airport at around 1.50 pm in what was described as an “unremarkable” journey by the cabin crew.

Ms Stewart went on to say that the cabin crew “became aware of a disturbance” and heard shouting and swearing at the rear of the plane where a “large group of work colleagues were sat in three rows”.

She said two men were “pushing and punching each other” and easyJet workers – who were particularly concerned about an infant who was near to the scene – went to intervene.

The court heard Reid had blood on his face and the fight “continued for some time” with the cabin crew observing that Sharp was the “main instigator”.

Ms Stewart said the men were separated although the shouting and swearing continued and the police were called to resolve the situation.

She added Sharp was taken to St Leonards police station following the disturbance on February 27 last year and spent a night in the cells.

Defence agent Ross Gardner said the incident was a “matter of great regret” for Sharp, an instruction manager who was flying back with his team after a “fairly intense” two-week work schedule.

Mr Gardner said Sharp had been forced to tell four of his eight-strong team they were being made redundant shortly before the return journey although Reid wasn’t among them.

The solicitor said Reid had “consumed a large amount of alcohol” while his client had also been drinking.

Mr Gardner said a “football-related” conversation in the tense atmosphere had led to the trouble and Sharp was “thoroughly embarrassed. Mr Sharp knows he would have caused anxiety in that captive environment,” he added.

Sharp had been banned from easyJet for a period of ten years, the court was told, and his employers had been forced to find alternative airlines to fly him to jobs.

Sheriff Adrian Fraser said Sharp had caused a “clear concern” for staff and passengers on the landed flight and fined him £760 – €890.