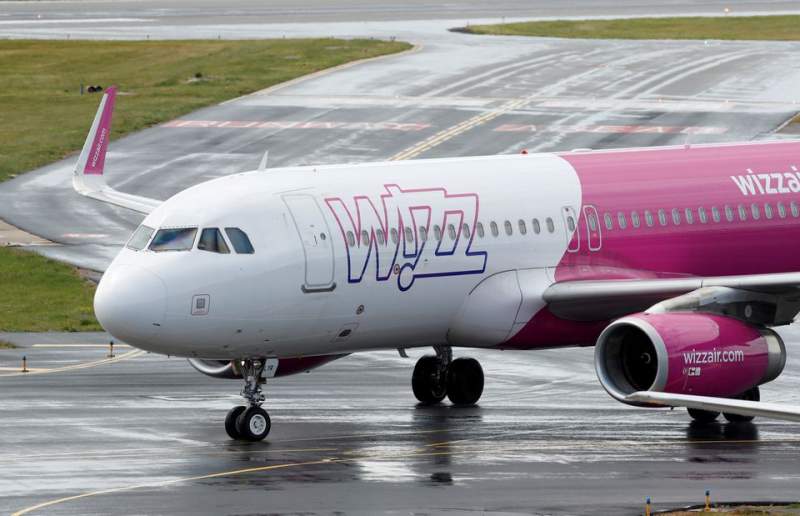 European planemaker Airbus is in talks with Wizz Air over a large order for around 100 wide-body jets.

Hungarian low-cost carrier Wizz Air is in negotiations with European planemaker Airbus over the purchase of at least 100 more narrowbody jets, industry sources said on Thursday.

Secret talks apparently began several months ago and surfaced as Wizz Air emerged as a suitor for rival easyJet and as Europe’s largest budget carrier, Ryanair, remained deadlocked with Boeing over a major jet purchase (see below for latest update).

Talks between Wizz Air and Airbus continued over the summer but, as yet, the two sides are not yet ready to announce a deal- Fleet purchase talks typically take months and with this many aircraft, billions of euros are involved.

Wizz Air, which has already ordered a total of 388 Airbus jets, has so far declined to officially comment on the order.

Britain’s easyJet said earlier it had rejected a takeover approach, opting instead to raise $1.7 billion from shareholders and go it alone in an industry battling to recover from the pandemic.

EasyJet declined to name its suitor, but a source familiar with the matter told Reuters it was in fact Wizz Air.

Ryanair has terminated talks on a large order of Boeing 737 Max jets after failing to reach an agreement on price with the US planemaker.

The low-cost carrier, which is the largest European customer for the Boeing 737 Max, had been in discussions about ordering the 230-seat Max 10 aircraft.

“Negotiations with Boeing for a Max 10 order have ended without any agreement on pricing,” Ryanair said.

Last week, Michael O’Leary, the Ryanair group chief executive, put pressure on Boeing, saying a deal was unlikely to be achieved this year but the airline could order up to 250 new planes if the price was lowered.

“We are disappointed we couldn’t reach agreement with Boeing on a Max 10 order,” O’Leary said on Monday. “However, Boeing have a more optimistic outlook on aircraft pricing than we do, and we have a disciplined track record of not paying high prices for aircraft.”