Hundreds of complaints flood in over hidden Cadiz speed cameras 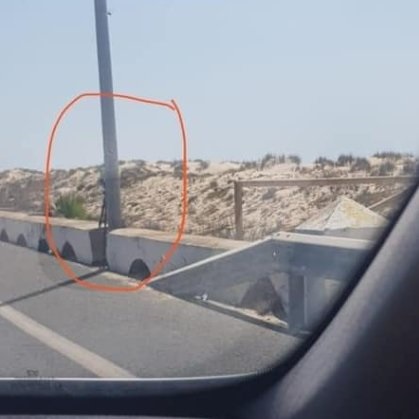 Hundreds of complaints continue to flood in over hidden Cadiz speed cameras that are collecting hundreds of fines.
Complaints about speed camera fines issued from Cadiz have exploded across social media networks. The WhatsApp messages have spread like wildfire by groups of family and friends and the thousands of Spaniards that visited the area during the holiday period who have not been slow to react to what is considered a ” tax collection effort.”
The CA-33 has been the object of criticism by drivers for years, specifically the section that goes from Cádiz to San Fernando.
Works, traffic jams, accidents- it is a really busy section of the motorway that has received more than its share of problems. It has also been the subject of debate and decision-making by the authorities to try to reduce the accident rate in it, especially in the now traditional Torregorda curve, where a fixed radar is already installed, but what few could foresee is that, In addition to this radar, the authorities are going to install yet another mobile radar- as shown on the SocialDrive platform.
The new radar camera is hidden behind a lamppost, on a straight stretch of the dual-lane highway that has a speed limit of 80km / h, without any signs to warn drivers. Autopista magazine has been complaining about the same cameras for months, together with another publication, SocialDrive.
Speed radars are obviously hidden on Spanish roads “with a dubious purpose” say the magazines. The main complaint is that after the first ‘hidden’ radar- a hundred meters ahead- drivers will find Torregorda’s fixed radar installation, meaning two systems are in operation.
As one reader said to Autopista, “Ïf they don’t get you on one, they get you on the other.”
Everyone that complained to the magazine echoed the same thoughts, saying that it was ‘ all a con to collect taxes’.