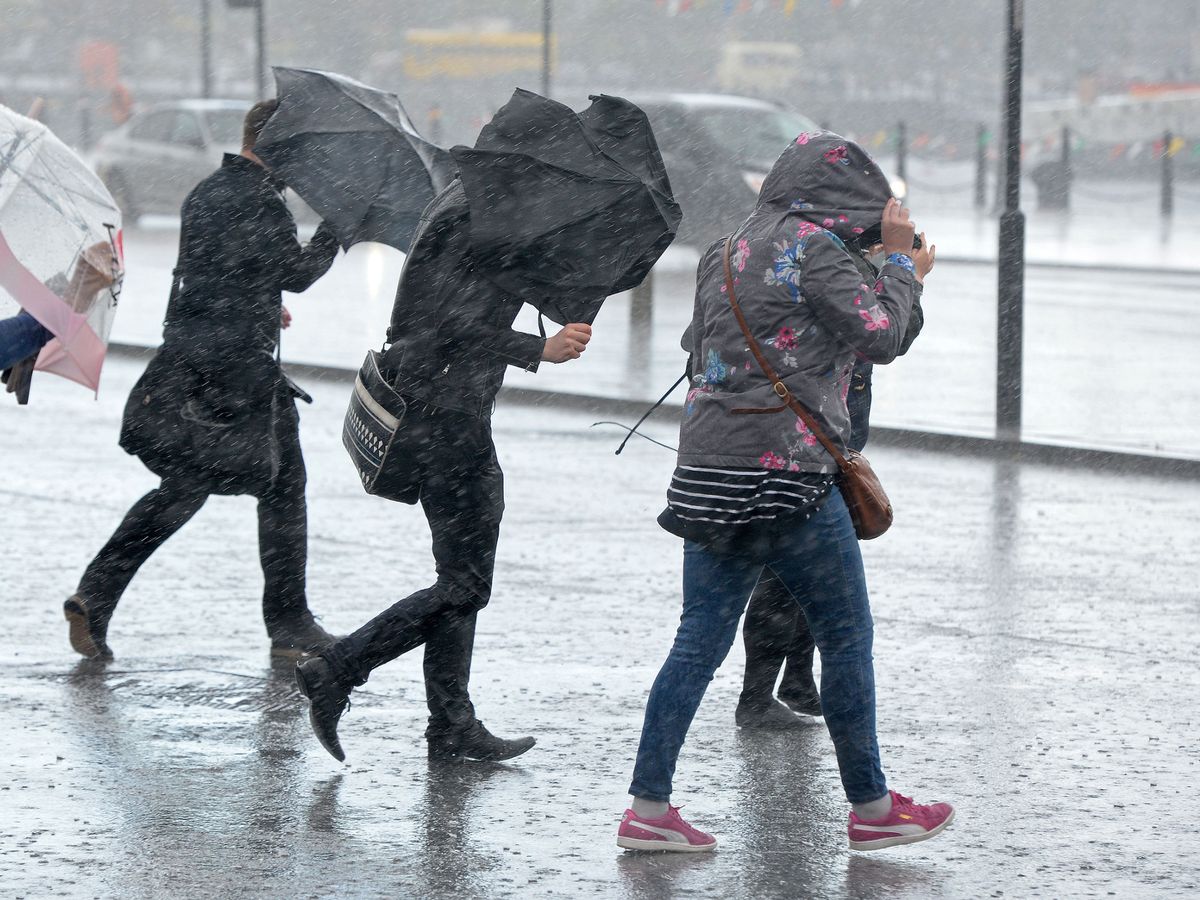 The Met Office has issued two new weather warnings for today as lightning and hail are set to hit the UK in affected areas.

The majority of the east coast of the UK is set to be hit with heavy rain and stormy conditions starting at around 2pm this afternoon, the weather warning says.

The warning reads: “Heavy showers and thunderstorms are likely to develop in a number of areas, but the focus will be across parts of eastern England, eastern Scotland and east of Northern Ireland this afternoon and early evening.

“A few places could see 20-30 mm of rain within about an hour, with lightning and hail also possible.”

A second warning is in place for the east coast of Northern Ireland.

Both of the warnings are in place until 8pm tonight.

A better weekend is predicted by forecasters following rain in Wales, England and Northern Ireland this week

NetWeather said: “For now, a cloudy, misty and murky morning so far for many this Friday morning, thanks to a warm and muggy airmass with us.

“Showers from the word go in places and these showers will become more widespread through the day. But sunny spells should develop between the showers through the morning and into the afternoon – more particularly across central and eastern areas.

“But the sun’s warmth will build cumulonimbus clouds higher and higher, so some thunderstorms are likely to develop amongst the increasingly heavy showers too.

“Although temperatures won’t be as high as recent days, still feeling humid, and where the sun comes out it will feel quite warm.

“Highest temperatures, like yesterday, across sunnier eastern England – where we could reach 23-24C, elsewhere 18-22C, feeling humid though.”

The weekend forecast reads: “Cloud and outbreaks of rain, heavy in places, persisting across northern Scotland through much of Saturday, courtesy of a slow-moving front wrapping around low pressure close to the east.

“Further south, sunny spells but also some showers developing – but fewer and lighter than today. Many places escaping with a dry day.”

The forecast continues: “Temperatures only reaching 14-15C under the rain in the far north, but further south across the north reaching 18-21C in the sunshine, 20-23C in the south.

“A fresher feel across northern and western areas, as a northwesterly breeze sets in.”